A salmonella outbreak in 13 states has been linked to pet turtles, according to the Centers for Disease Control and Prevention.

Twenty-one people have been infected with the strain of Salmonella Oranienburg, the CDC announced Wednesday. Seven of those cases required hospitalization, but no deaths have been reported.

The CDC linked the outbreak to pet turtles after 12 of the 17 people who fell ill reported contact with the reptiles, according to the CDC.

Even when appearing healthy and clean, turtles can carry salmonella germs in their droppings, which can easily spread to their bodies, tank water and habitats, according to the CDC. People can then get sick after touching a turtle or anything in their habitats. 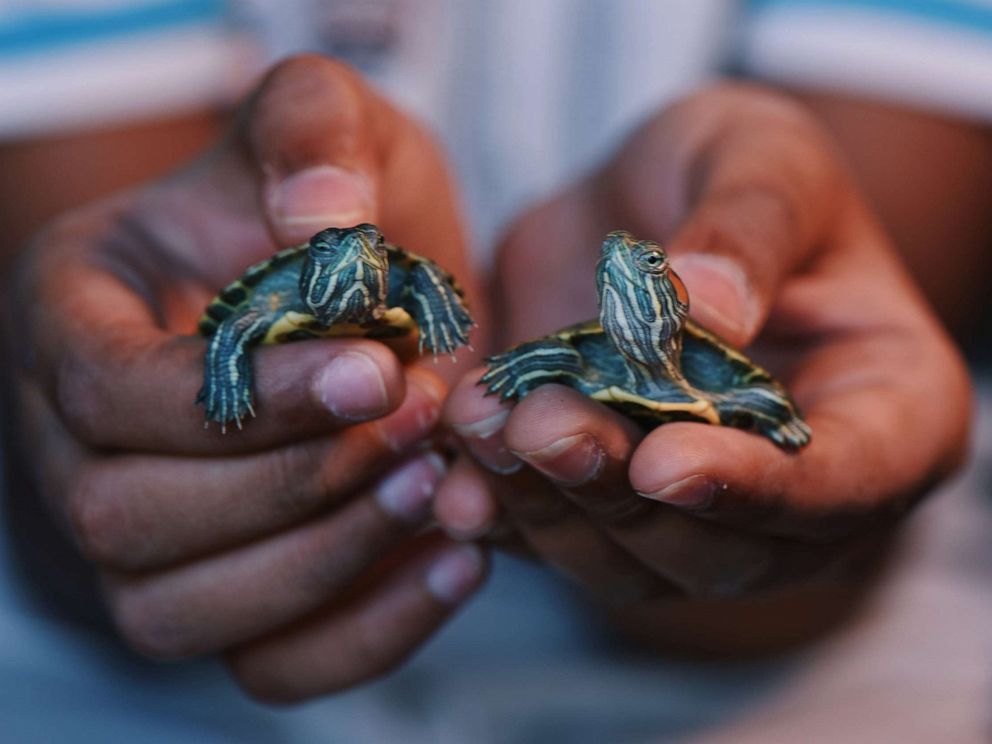 California had the most reported cases at six, according to the CDC. Other states where multiple cases were reported were Illinois, New York and Washington.

The CDC recommended that those who own or come in contact with pet turtles to always wash their hands thoroughly with soap and water after handling a turtle or cleaning its habitat. The CDC also advised against kissing or snuggling turtles and letting turtles roam freely where food is prepared or stored, such as kitchens.

In addition, avoid cleaning a turtle’s habitats, toys or pet supplies in the kitchen or any other location where food is prepared or stored — clean it outside the house when possible, health officials advised.

Symptoms of a salmonella infection include diarrhea, fever, and stomach cramps 12 to 72 hours after being exposed to the bacteria. The illness usually lasts four to seven days, and most people recover without needing treatment, according to the CDC.

Children younger than 5 years old and adults 65 and older, as well as those with weakened immune systems, are more likely to experience severe cases of the infection.

Households with members at risk for serious illness should consider a different pet, according to the CDC.

The health agency is continuing to investigate the outbreak.

END_OF_DOCUMENT_TOKEN_TO_BE_REPLACED

END_OF_DOCUMENT_TOKEN_TO_BE_REPLACED
We and our partners use cookies on this site to improve our service, perform analytics, personalize advertising, measure advertising performance, and remember website preferences.Ok