Home » Health News » Stomach bloating: Feeling bloated after eating could be a sign of a serious condition

Stomach bloating: Feeling bloated after eating could be a sign of a serious condition Stomach bloating is a condition where the belly feels full and tight and is often caused by having too much excess gas in the belly. When a person’s bowel movements are compromised it often results in bloating. This makes the stomach appear larger than it normally it does. Bloating isn’t normally something to worry about, however if a person feels bloated after eating it could be stomach cancer.

Stomach bloating isn’t always down to constipation, eating too much or a bad case of Irritable Bowel Syndrome (IBS) though.

There could be a variety of reasons why a person feels bloated.

GP Doctor Sarah Jarvis said: “It’s important to think about whether you’re feeling constantly bloated or whether the bloating comes and goes.”

Stomach cancer is usually causes vague symptoms early on like bloating, indigestion, and a feeling of fullness in the upper abdomen.

Like pancreatic cancer, it may have already reached an advanced stage at diagnosis, in which case there will likely be additional symptoms of weight loss, nausea, and abdominal pain.

Infection with the bacteria helicobacter pylori is probably the most significant risk factor for developing stomach cancer, so it’s a good idea to be tested for it if you think you may be at risk. 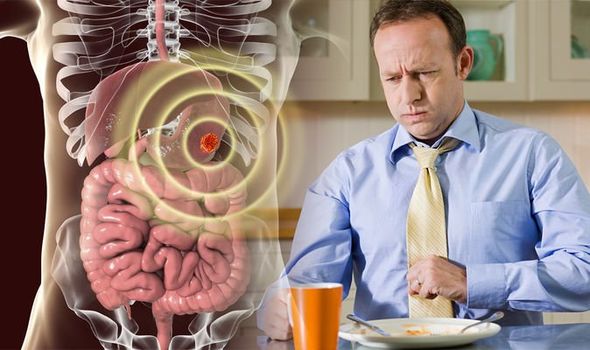 Nitrates and nitrites in smoked and processed meats are also risk factors for stomach cancer, and in a small number of patients, stomach cancer is genetic.

The NHS added: “Many symptoms of stomach cancer are similar to less serious conditions, so it can be difficult to recognise in the early stages.

“An early symptom is feeling bloated after eating. It’s important for your GP to refer you to a specialist as soon as possible if stomach cancer is suspected.”

Other symptoms of stomach cancer include persistent indigestion, trapped wind and frequent burping, heartburn, feeling sick, and pain in the stomach or breastbone. 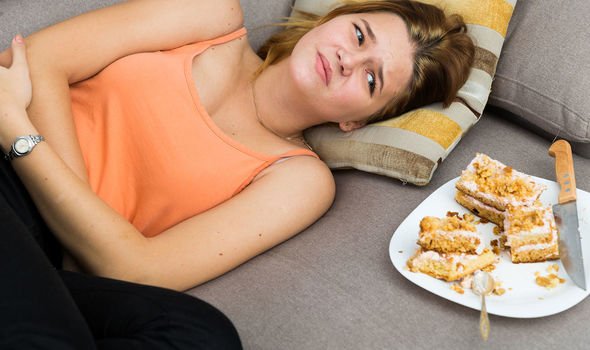 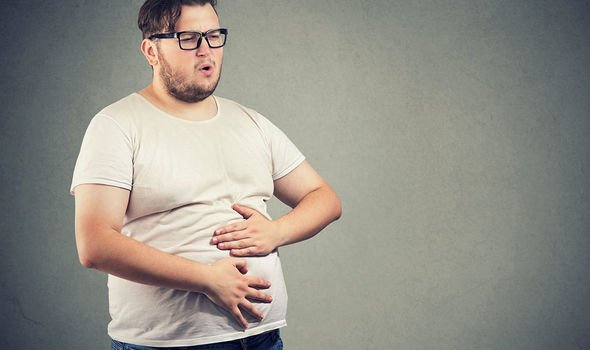 Feeling bloated is not in itself enough to point to cancer.

There are other things one needs to look for that can help them distinguish bloating that’s just a nuisance from bloating that warrants medical attention.

Most people with bloating don’t have cancer, infection, or inflammation however it is important for one to be vigilant.

If a person is not sure whether their bloating is serious, it’s always better to seek medical attention.

Certain symptoms should not be ignored and is recommended to speak with your GP about causes and treatment options.

END_OF_DOCUMENT_TOKEN_TO_BE_REPLACED

END_OF_DOCUMENT_TOKEN_TO_BE_REPLACED
We and our partners use cookies on this site to improve our service, perform analytics, personalize advertising, measure advertising performance, and remember website preferences.Ok