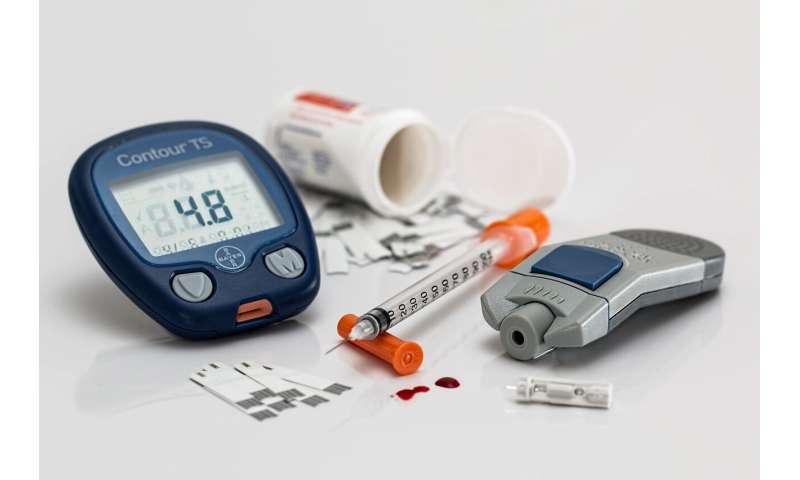 The study will be published online October 3, 2019 in the journal Diabetes Care.

The study looked at 22-26 years’ worth of data from more than 192,000 men and women participating in three long-term studies—the Nurses’ Health Study, the Nurses’ Health Study II, and the Health Professionals’ Follow-up Study. Researchers calculated changes in participants’ sugary beverage consumption over time from their responses to food frequency questionnaires administered every four years.

After adjusting for variables such as body mass index, other dietary changes, and lifestyle habits, the researchers found that increasing total sugary beverage intake—including both SSBs and 100% fruit juice—by more than 4 ounces per day over a four-year period was associated with 16% higher diabetes risk in the following four years. Increasing consumption of ASBs by more than 4 ounces per day over four years was linked with 18% higher diabetes risk, but the authors said the findings regarding ASBs should be interpreted with caution due to the possibility of reverse causation (individuals already at high risk for diabetes may switch from sugary beverages to diet drinks) and surveillance bias (high-risk individuals are more likely to be screened for diabetes and thus diagnosed more rapidly).

The study also found that replacing one daily serving of a sugary beverage with water, coffee, or tea—but not with an ASB—was linked with a 2-10% lower risk of diabetes.

END_OF_DOCUMENT_TOKEN_TO_BE_REPLACED

END_OF_DOCUMENT_TOKEN_TO_BE_REPLACED
We and our partners use cookies on this site to improve our service, perform analytics, personalize advertising, measure advertising performance, and remember website preferences.Ok