Team links gene to children with physical and intellectual disabilities 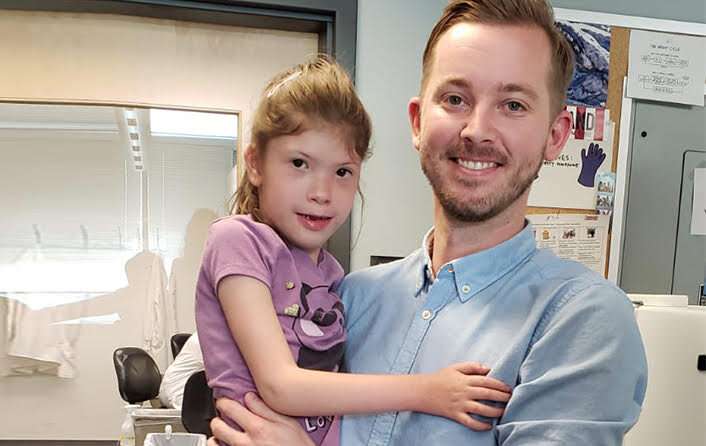 Modern science and data sharing converged to underpin a study led by the Translational Genomics Research Institute (TGen), an affiliate of City of Hope, that identified a gene associated with a rare condition that results in physical and intellectual disabilities of children.

The results, published today in the American Journal of Human Genetics, suggest that rare variants in the gene DDX6 are associated with a significant disruption in the development of the central nervous system, governing such basic skills as the ability to walk and talk.

“One of the most powerful revelations of this study is the identification of pathogenic mutations in DDX6; a gene not previously linked to childhood disorders and one which appears to play a key role in early brain development,” said Chris Balak, a research associate in TGen’s Neurogenomics Division, and the study’s lead author.

Balak zeroed in on DDX6 by comparing the sequencing results from a 5-year-old Arizona girl who was seen at TGen’s Center for Rare Childhood Disorders (the Center) with those identified in large population databases and to the genomes of her parents, who are healthy. Following this revelation, and preliminary findings posted on a website shared by investigators worldwide, TGen identified four similar cases: two in the U.S., and one each in France and the Netherlands.

“Something we are quite proud of with this work is our combined effort with other physicians and scientists in Europe to demonstrate that changes in this gene cause this rare syndrome in multiple patients,” said Dr. Matt Huentelman, TGen Professor of Neruogenomics, Scientific Director of the Center, and one of the study’s senior authors. “Collectively, our clinical and laboratory data describe a new brain development syndrome caused by genetic changes in DDX6.”

Since opening in 2012, the Center has sequenced the genomes of hundreds of children and their families.

END_OF_DOCUMENT_TOKEN_TO_BE_REPLACED

END_OF_DOCUMENT_TOKEN_TO_BE_REPLACED
We and our partners use cookies on this site to improve our service, perform analytics, personalize advertising, measure advertising performance, and remember website preferences.Ok