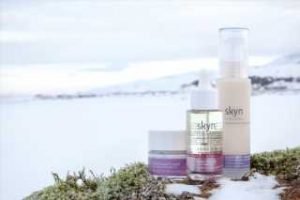 The beauty landscape continues to evolve. Here are five of the latest executive shifts, from Ulta Beauty, Arbonne, Skyn Iceland, Barefoot Scientist and Gisou.
Carole Diarra Joins Arbonne as CMO
L'Oréal veteran Carole Diarra has joined Arbonne as International as chief marketing officer.
The business sells beauty, bath and nutrition products through a network of consultants.
Before starting at Arbonne, Diarra was with L'Oréal, most recently as vice president of brand management for Vichy, AcneFree and Ambi. She also spent time working in the company's Active Cosmetics Division, as well as at Garnier.
Skyn Iceland Hires Linda Esposito as CFO
Linda Esposito has joined Skyn Iceland as chief financial officer.
Esposito was most recently senior vice president of finance at L'Oréal Paris and cfo of Kiehl's. She has spent more than 25 years in financial roles, and before joining L'Oréal, was senior vice president of finance at IT Cosmetics. There, she was part of the management team that orchestrated the company's $1.2 billion sale to L'Oréal.
At Skyn Iceland, Esposito will report to founder and chief executive officer Sarah Kugelman, and oversee all financial aspects of the company.
"Linda possesses the skills and experience to strengthen our company and will assist us to achieve and surpass our goals for ambitious growth. She has a proven track record that will allow us to capitalize on our strong and growing momentum and position Skyn Iceland for further success," Kugelman said in a statement.
Dave Kimbell Takes on Expanded Role at Ulta Beauty
Dave Kimbell, who has worked as chief merchandising and marketing officer at Ulta Beauty for four years, has added president to his title.
With the promotion, Kimbell adds responsibilities for corporate strategy, merchandise planning and operations to his existing roles. He will continue to report to Mary Dillon, Ulta's chief executive officer.
"This increased responsibility recognizes Dave's value to the company, his reputation in the industry and his track record of delivering outstanding performance," Dillon said in a statement. "Dave plays a critical role in driving our business results and leading the organization as a member of the executive team. This expansion of Dave's scope more closely aligns corporate strategy with the merchandising and marketing functions to identify future growth opportunities, strengthen execution and extend our competitive advantage."
Kimbell joined Ulta in 2014 as chief marketing officer, and added merchandising to his purview in 2015. During his time at the business, Ulta has soared. The company recorded $6.7 billion in sales for 2018.
Before joining Ulta, Kimbell worked for U.S. Cellular as chief marketing office and executive vice president. He's also held positions at Seventh Generation, now owned by Unilever, as chief marketing officer and senior vice president. Before that, he worked at PepsiCo's Quaker Food Division and Procter & Gamble.
Nancy McKay Joins Barefoot Scientist
Nancy McKay, who was most recently chief executive officer of Nest Fragrances, has joined Barefoot Scientist as ceo.
Barefoot Scientist, launched in late 2018, is a foot-care brand behind PreHeels, a $16 blister prevention spray.
The business was founded by Adam Kolom and Dana Ward. Kolom has been serving as ceo, but will move to chairman and redirect his energies to biotechnology and disease research. Ward remains with the business as cofounder and senior vice president. " brings to us a wealth of invaluable experience crafting strategy, building teams and driving multichannel growth at successful and well-loved consumer brands," said Kolom in a statement.
Before Nest, McKay spent more than 25 years with the Estée Lauder Cos., working across Estée Lauder, Tom Ford Beauty and Aerin Beauty in North America. She also held roles at Clinique and the designer fragrance brands. McKay oversaw Nest while it was backed by Tengram Capital Partners, and through its sale to Eurazeo Brands.
Melbert Visscher Joins Gisou as Co-CEO
Gisou, the hair brand of influencer Negin Mirsalehi, has hired Melbert Visscher as co-chief executive officer.
Visscher was previously chief commercial officer of logistics business CB in the Netherlands, and before that, held the same position at CB Fashion. He has also held roles at PricewaterhouseCoopers and Deloitte Consulting.
The appointment comes as Gisou works to scale up. The brand now has nine products that center around honey, which ties into Mirsalehi's family beekeeping history.
For more from WWD.com, see:
Bari Seiden-Young Promoted at the Estée Lauder Cos.
Alexandre Choueiri Promoted to Global President, Ralph Lauren Fragrances
L'Oréal USA Reorganizes Luxe Division
Source: Read Full Article