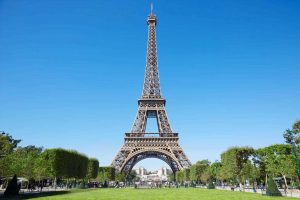 That country led Germany and the U.S., according to France’s beauty association, the Fédération des Entreprises de la Beauté, or FEBEA.

France’s beauty exports overall generated sales last year of 15.7 billion euros, down 11.8 percent versus 2019, due to the impact of the coronavirus crisis.

The segment — which comprises France’s second largest for exports, after the aeronautic industry — contributed strongly to the country’s net sales abroad, with a trade balance of 10.6 billion euros.

China is by far the largest market abroad for French lipsticks: one in four lipsticks exported from France are sold there. Skin care products and makeup related to the complexion remained very popular in China, as well.

French soap exports also registered strong gains everywhere in the world, the FEBEA said. China was first, with a 22 percent sales rise, and then came Europe, with a 19 percent revenues increase.

Concurrently, sales of exported French perfume and eaux de toilette declined 16 percent and 27.9 percent, respectively. This was due in part to fewer scent launches and the shutdown of travel retail as countries imposed travel bans.

“Cosmetics have proven, throughout the year, their ability to face this extraordinary situation,” said Patrick O’Quin, president of FEBEA, in a statement. “We have acted on all levels to defend our members’ interests as much as possible.

“We are particularly involved in facilitating the export process by obtaining a certain number of required documents’ dematerialization,” he continued.

O’Quin said more than 50 percent of French cosmetics are exported and that the cosmetics export activity employs 130,000 people throughout France.

“Despite the turbulent environment, French cosmetics now hold 24 percent of the worldwide market share,” he said. “’Made in France’ remains an essential asset for the sector and our economy as a whole.”

FEBEA is a professional association of beauty and well-being companies, including perfumeries and makers of skin care, hygiene, toiletries and hair care products. It culls more than 350 companies, of which 82 percent are small or mid-sized.