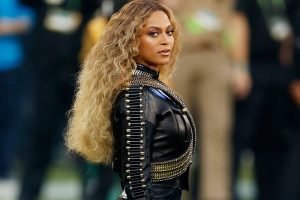 Beyoncé delivered two beautiful twins Sir and Rumi back in 2017 after which it was quite natural to have gained some baby weight. Since then, the R&B singer had been on a mission to get back in shape before performing at Coachella and now that the target has been achieved, she disclosed the efforts that helped her realize her goal.

At the time her twins were born, her weight reached 218 lbs. and as she went through a C-section, it wasn’t that easy for her. She told that during those days, her body was going through an extreme struggle which made her feel as if she would never be able to regain her physical strength. And it was tough at the beginning – not only physically but also mentally. Throwing more light on her weight-loss journey, the singing diva shared that she adopted a strict diet alongside lengthy workouts to fulfill her goal. She said she abstained herself from sugar, carbs, fish, bread, meat, dairy, and alcohol and it worked for her. Soon, Beyoncé got the chance to celebrate attaining one of her goals which was to fit in her old clothes as she had to perform at Coachella the next year. According to her, it was a big achievement as she never expected it to happen and also because she worked too hard for the moment. Though her performance at the event was a super success, she admitted it was quite challenging for her to manage everything as she had to balance between her preparations and family which required a lot of juggling. Things are not the way they used to be earlier as she now has three children to look after. Beyoncé confessed to having pushed herself a little too far and says that it was a learning for her, and she would never put her body through the same thing again.