Home » Family Health » Lucy Liu Says She's Raising Her Son Rockwell, 5, to Have 'Sense of Openness' with His Body

Lucy Liu Says She's Raising Her Son Rockwell, 5, to Have 'Sense of Openness' with His Body 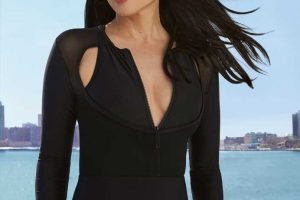 Lucy Liu is raising her boy to be proud of his body.

The Elementary actress, 52, tells Women's Health in the magazine's May 2021 cover story about how she teaches body positivity to her 5-year-old son Rockwell. Liu explains that she doesn't use "silly names" when discussing anatomy with her child, and she lets him decide what he's comfortable doing at home.

"There should be a sense of openness with your body, to run around naked and to feel the freedom of that until you don't feel comfortable doing it anymore. When he decides he doesn't want to run around naked, then that's fine," she says.

Liu also opens up about how she spends quality time with Rockwell at home, including but not limited to mother-son ukulele lessons. "Having him know that this is home, and I'm home, is really a nice feeling," says the Charlie's Angels alum. Liu welcomed Rockwell via gestational surrogacy in 2015. Several months after his birth, the star reflected on her decision to turn to surrogacy.

"It just seemed like the right option for me because I was working and I didn't know when I was going to be able to stop," Liu told PEOPLE at the time. "I decided that was probably the best solution for me, and it turned out to be great."

"I didn't realize how quickly babies progress," she added of Rockwell, who was 8 months old at the time. "Very basic things that you just take for granted. They're just this little lump of flesh, and then all the sudden they're turning around, they're observing you and they're smiling and they're interacting. It's a magical experience." Celebrating Rockwell's 5th birthday in August, Liu shared a sweet Instagram post featuring a rare photo of the mother-son pair together blowing out his candle.

"My darling son turned 5 yesterday," she wrote at the time. "He is a rainbow of light and his energy is pure magic. As a human being, a woman, a mother, a daughter – now more than ever we must come together to fight for the soul of this nation."

She continued, "Let's all wish as hard as he is for a brighter and safer future for our children and Mother Earth."