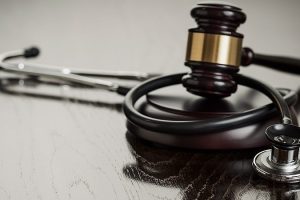 Doctors in states where abortion is legal are likely to be the next target for anti-abortion activists who want to deter residents from seeking abortions across state lines, say legal experts.

Anti-abortion legislators in several states are mounting efforts to clamp down on out-of-state abortions, which they view as a legal loophole.

Nineteen states have already banned the use of telemedicine to prescribe medication abortion by requiring the clinician to be physically present when the medication is administered. These states include Arizona, Louisiana, Tennessee, and Texas, which also recently criminalized sending abortion pills through the mail.

Some state legislators plan to introduce legislation based on a Texas abortion ban enacted last year in which private citizens can sue anyone who assists state residents in obtaining an out-of-state abortion.

Meanwhile, legislators in states including New York where abortion is legal have introduced bills to shield doctors involved in reproductive care from possible negative actions by medical malpractice companies and professional misconduct charges.

Medscape asked legal experts for advice on how doctors can protect themselves and still provide appropriate medical care in this rapidly changing legal landscape. Here’s what they had to say.

1. What if patients from states where abortion is banned want to come to my practice in a legal state? What should I be aware of?

“Doctors should do what they think is medically necessary, but they should be aware of potential criminal and/or civil consequences in a patient’s home state, especially if those states have staked out more extreme positions on abortion such as Texas, Oklahoma and Louisiana,” says Katherine Florey, JD, a professor at the University of California, Davis School of Law.

The patient’s home state would need to have criminal laws in place that would explicitly ban residents from obtaining out-of-state abortions. “Probably the greater risk on the criminal front is that many states have existing laws that don’t specify their geographical reach but that could be construed to allow for criminal jurisdiction over out-of-state providers who help residents in obtaining an abortion,” she says.

However, criminal laws would be harder to enforce because of constitutional obstacles that would require the US Supreme Court to resolve in a court case. Another barrier is that criminal law typically requires that a significant element of the offense take place in the prosecuting state, says Florey.

2. Am I likely to be sued by a patient from a state with an abortion ban?

“It’s more likely that states with abortion bans will pursue civil liability cases, particularly in states such as Texas and Oklahoma that allow private individuals to pursue lawsuits against individuals providing or assisting with abortions.”

Such liability is particularly appealing to anti-abortion states because it allows them to target abortion care providers rather than the women seeking abortions, an approach that might be both more politically palatable and more effective in achieving abortion-restriction goals, says Florey.

“It’s not just the threat of jail time that can deter physicians from providing abortions. They can face significant career consequences from civil liability, including being reported to their medical licensing boards and having their malpractice insurance premiums increase,” says Florey.

3. What if I provide ‘abortion pill’ prescriptions by telemedicine to a patient in another state?

Doctors need to know what the rules are in the patient’s home state because states generally regard where the patient is located as where telemedicine is legally conducted, says Florey. “It’s more problematic to conduct telemedicine in states where it’s illegal. It could be viewed legally as if the doctor were prescribing a medication abortion in the patient’s state.”

Florey also advises doctors to find out whether the patient’s home state bans medication abortions. “The courts or states could decide that the physician is practicing in the jurisdiction where the patient is located even if care is provided remotely. In that case, the doctor would have to comply with all the laws of that state.”

She recommends that doctors counsel patients seeking medication abortions to come to the state where abortion is legal and get on their computers there.

“It’s not a perfect solution, but it provides more legal protection than providing medication abortion across state lines,” says Florey.

4. Can doctors be sued by patients for not informing them of the full range of treatment options, including abortion, when their health is at risk?

If the doctor is in a state that has banned abortion and the procedure is illegal, they can’t recommend something that the law doesn’t allow, says Florey.

It’s a tough call for doctors in states where abortion is illegal because they could get into legal trouble if they counsel a woman to get an abortion and the court later deems it was not medically necessary, says Florey.

But doctors could also get into legal trouble if they don’t counsel a woman to get an abortion if her life is in danger and she meets the exception in the abortion ban.

“Ultimately, I think doctors have to follow their conscience and best medical judgment but recognize the legal hazards that exist. If a physician is seeing a lot of out-of-state patients from a single jurisdiction (such as a neighboring state), it would be best to consult with an attorney from that state,” advises Florey.

5. If a patient from another state comes to me (in a legal state) for abortion care, am I required to provide them with any warnings, information, etc.?

Doctors may be required by some anti-abortion states to mention certain risks, especially to the mother’s mental health, that could arise from abortions even if they are not well-supported by evidence, says Florey.

If a warning is required in a patient’s home state and there were complications from the procedure or the patient became depressed, it could be grounds for a civil lawsuit, says Florey.

“There is a Montana case, for example, where the plaintiff sued for malpractice after having an abortion. She alleged that she was given medically inaccurate information about the fetus’s HIV status, but she also claimed that she wasn’t informed that she might become depressed as a result of the abortion,” says Florey. (The case was ultimately decided on a different ground.)

6. What about complications from abortion care that I provided to a patient from another state. What are my responsibilities and risks? Can I be sued for malpractice when the patient returns to her home state?

If physicians can’t monitor the patients after their visit and something goes wrong, they are at greater risk of negligence and being sued for malpractice in the patient’s home state, says Florey.

She recommends that doctors ask patients to stay for monitoring after the procedure. “I realize that may not be possible for all patients but it’s a much safer alternative,” says Florey.

Otherwise, if the doctor communicates with the patient about the complications in her anti-abortion state, the state’s courts could view the doctor as having ties to the state and claim they have jurisdiction in the case and apply the state’s laws, says Florey.

“Criminal jurisdiction would be more of stretch because the central conduct happened out of state, but states could still try to prosecute a case,” she says.

7. If a patient comes to me from another state, are there any residency requirements, or does the person need to find residence in my state for a period of time? Am I responsible for knowing their arrangements?

Generally, as a constitutional principle, a person can go to another state and have the services that a resident is entitled to, says Florey.

“States can’t normally discriminate against patients from out of state, so it’s not a residency requirement unless a state imposes one. If a state did that, it would probably be unconstitutional,” she says.

It would be less risky legally, though, if a patient remains in the state where she received abortion care for a significant period of time, says Florey.

8. How can I protect the privacy of patients’ medical records if they received an abortion or other reproductive care in the state?

HHS issued new guidance in June for healthcare professionals to clarify what the Privacy Rule requires them to report in light of the restrictive abortion laws.

9. I practice in a state where abortion is legal. Can I be extradited to another state if I’m prosecuted for crimes relating to reproductive health services?

Yes, generally, if your state allows it, says Florey. States have a constitutional obligation to extradite citizens of a different state if that person’s home state asks for that, but states do not have to extradite their own citizens.

However, traditionally, states have cooperated with extradition requests and most states have laws in place providing for extradition in those circumstances, which they could change to exempt abortion providers.

A handful of states — Connecticut, New York, Delaware, and New Jersey — have passed laws specifically shielding medical providers from being prosecuted under abortion restrictions passed in other states.

Governors in Massachusetts, Minnesota, New Mexico and Nevada have issued executive orders saying they will not extradite abortion providers to states that have banned abortion provision, and that state employees will generally not comply with those out-of-state investigations.

10. Should I increase my malpractice insurance in anticipation of more potential legal problems from patients coming to me from anti-abortion states?

Yes, I would recommend that doctors increase their malpractice coverage due to the increased legal risks they could face.

Individual malpractice claims or some sort of private enforcement action in a state that has established one would be more likely, she adds.

Florey advises doctors to monitor this rapidly evolving area of law. “Everything I am saying today could change with a single Supreme Court case. There will also be this kind of push/pull as anti-abortion states try to crack down on out-of-state residents who provide or assist in abortion and physicians’ home states that try to protect them from legal consequences.”

Christine Lehmann, MA, is a senior editor and writer for Medscape Business of Medicine based in the Washington, DC area. She has been published in WebMD News, Psychiatric News, and The Washington Post. Contact Christine at [email protected] or via Twitter @writing_health