4 Recent Advances in Breast Cancer Research You Should Know About 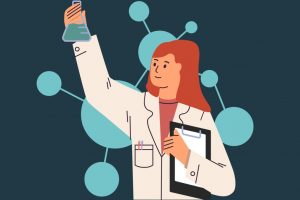 Each October our newsfeeds, timelines and television screens blush pink as an annual reminder for Breast Cancer Awareness Month. It’s a disease that affects one in eight women in the United States and is currently the second most common type of cancer found in women, according to the Centers for Disease Control. But despite steep numbers, breast cancer mortality rates have slowly decreased since 1999, and experts agree that it is in large part due to advancements in research.

“There has been major progress, which we can measure in lives saved,” said Hannah Linden, M.D., F.A.C.P., board-certified in medical oncology and Clinical Director, Breast Cancer Program at Fred Hutchinson Cancer Center. “The research is definitely moving in the right direction.”

And that research has continued to advance as technology improves and experts learn more about the cause of breast cancer. So, with progress being made we asked doctors what research advances they are most excited about.

Breast cancer can present itself in different parts of the breast and at varying degrees when first detected, so treatment cannot be one size fits all for every patient. That’s where targeting the specific cancer at the specific stage comes into play. Recent strides in research and clinical trials have given doctors access to new information that have improved these therapies and ultimately improved patient outcomes.

“We have had multiple practice-changing trials in the last decade with new therapies for hormone receptor positive, triple-negative and HER2 positive breast cancers,” said Jennifer Litton, MD, Vice President Clinical Research and Professor Breast Medical Oncology at The University of Texas MD Anderson Cancer Center. “We have seen effective targeted therapies such as PARP inhibitors and CDK 4/6 inhibitors.” 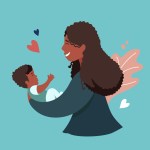 Breast Cancer Made Me a Better Mother

In simpler terms, PARP inhibitors are a type of cancer drug that work by preventing cancer cells from repairing, which ultimately forces them to die. And CDK 4/6 inhibitors are a newer class of medicine used to treat metastatic breast cancer, which is cancer that has spread to other parts of the body, such as the bones or liver.

Dr. Linden adds that CDK 4/6 inhibitors are also good therapy for certain types of tumors. “They are targeted agents,” she said. “Not as toxic as chemo, which impressively improves outcomes.”

Immunotherapy is nothing new to cancer treatments. It has been used in cancer patients since 1891 to help the body fight off cancerous cells and other harmful cells in hopes that it will reduce or even eliminate the cancer. But more recently the therapy has been approved for certain breast cancer types.

“Several of these therapies have improved control of brain metastases which we have not seen in years past,” said Dr. Litton. “The constructs of the drugs themselves such as monoclonal antibodies, immunotherapies and antibody-drug conjugates will likely also emerge at faster rates as deeper biological analyses have identified more targets for us to use against the cancer cells.”

The FDA recently approved a new form of testing that may provide an improved evaluation of metastases in patients with breast cancer. The testing is a non-invasive, patient-friendly imaging technique that can show doctors where the cancer is in the body, and help them determine the best treatment decisions for patients when diagnostic dilemmas arise. This can also help doctors predict how well the cancer will respond to treatment.

“This is an advance in diagnosis and treatment of advanced breast cancer, and has been a multi-center, multinational effort,” said Dr. Linden, whose group contributed pivotal data towards the approval.

While research is key to finding a cure for breast cancer, Dr. Litton says that the fundamentals of health and wellness should not be overlooked.

“The landslide of biology information and drug developments is so exciting and promising, but we should not forget basics that we do in healthcare all the time,” she said. “That remains prevention of the disease itself.”

Mammograms have been a key player in early detection and prevention, and some doctors have begun using artificial intelligence ( AI ) to enhance those screenings. A study that began in 2017 out of New York University compared the accuracy of mammograms completed by AI and by their radiologists. They found that their AI’s intelligence system had an accuracy rate of about 90 percent, compared to an overall average of 80 percent by radiologists.

Linda Moy, MD, professor of radiology and one of the doctors leading the study told NYU, “Notably, when radiologists used this tool as a second reader, their performance improved. So we want to reach that sweet spot where we use both.”

So, what gaps still remain?

Breast cancer still remains a significant medical and societal challenge, and with no cure, experts agree there is more work to be done.

“I think that patient-reported outcomes should be standard for registrational trials because if a therapy improves or devastates a patient’s quality of life, it is necessary to discuss and choose therapies,” said Dr. Litton.

She adds that the swift pace of discovery and drug development is promising, but understanding the patients on a personal level is key to providing care that really works.

“I think we still need to be thoughtful and better understand the financial burdens that our patients face,” she said. “As well as to be intentional about being inclusive of gender, race and ethnicity when recruiting patients to clinical trials.”

Before you go, check out these products patients and survivors of breast cancer can actually use: