Home » Health News » 50 is the new 40 for safe childbirth, according to researchers

50 is the new 40 for safe childbirth, according to researchers 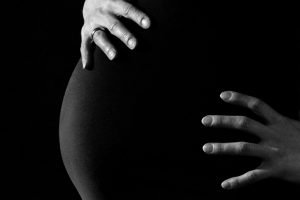 Ben-Gurion University of the Negev (BGU) and Soroka University Medical Center researchers have determined that it is as safe to give birth after age 50 as age 40 without endangering the mother or the baby.

The paper was recently presented at the Society for Maternal and Fetal Medicine 39th Annual Pregnancy Meeting in Las Vegas.

The researchers examined the complications of pregnancies among women over the age of 50 and the question of whether women who give birth at these ages are at increased risk for both themselves and the fetus compared with younger mothers.

The team included: Dr. Eyal Sheiner, director of the Department of Obstetrics and Gynecology at Soroka and vice dean for student affairs at BGU’s Faculty of Health Sciences (FOHS); Dr. Gali Priante and Dr. Erez Halevy of Soroka and the BGU FOHS, and Dr. Tamar Wainstock, of BGU’s School of Public Health in FOHS.

The researchers found that thanks to medical and technological advancements—including extracellular fertilization and egg donation—the age at which a woman can give birth has gradually increased.

“It turns out that 50 is the new 40 when it comes to childbirth,” according to Dr. Sheiner. “There is no doubt that medical teams will need to handle increasing numbers of birth for women over age 50.”

The study included 242,771 deliveries at Soroka, of which 234,824 (96.7 percent) occurred in women younger than 40. The rest occurred in women from age 40 to 50 and older. It focused mainly on whether women found themselves during pregnancy and childbirth with complications such as premature births, gestational diabetes, hypertension, and cesarean sections. The study also examined if the newborn suffered from poor physical condition, mortality or distress during labor.