A field guide to Australia’s best fish and chips 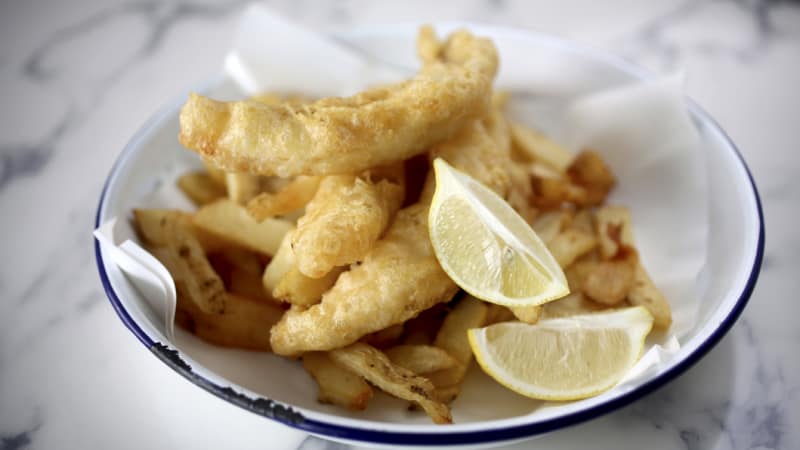 It’s summer in Australia which means sun, surf, cricket and perhaps most importantly, scoffing fish and chips with sand between your toes. Fish and chip takeaway stores are an institution on street corners from Hobart to Cooktown but according to some seafood experts, Australian chippers need to lift their frying game.

“Cooking good fish and chips requires a reasonable amount of skill,” said John Susman, director of seafood sales and consultancy company, Fishtales. “People think that it’s a just matter of putting a piece of fish through batter and into a fryer but there’s so much more to it.” 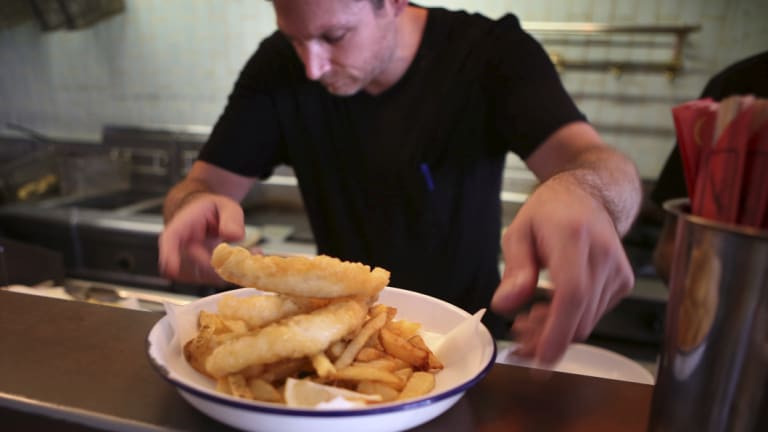 “Australians don’t look at fish and chips as a planned meal anymore,” said Sydney-based chef Stephen Hodges, co-author of the Australian Fish and Seafood Cookbook with Susman. “It’s a knee-jerk reaction meal and not a sustainable business like it once was.”

In terms of seafood sustainability Susman said most Australian fish and chip shops are “pretty good” with their fish offerings. A Mekong Delta catfish commonly known as basa is the most ubiquitous battered fish on menus.

“Basa is used because it’s cheap,” said Susman. “There’s a romantic notion that all sorts of premium fish end up in batter, which is probably the history of fish and chip eating when seafood was regional and fresh and that was a simple way to cook it. These days it has become a low-end takeaway offer, predicated on by the cheapest possible form of boneless white fish available. 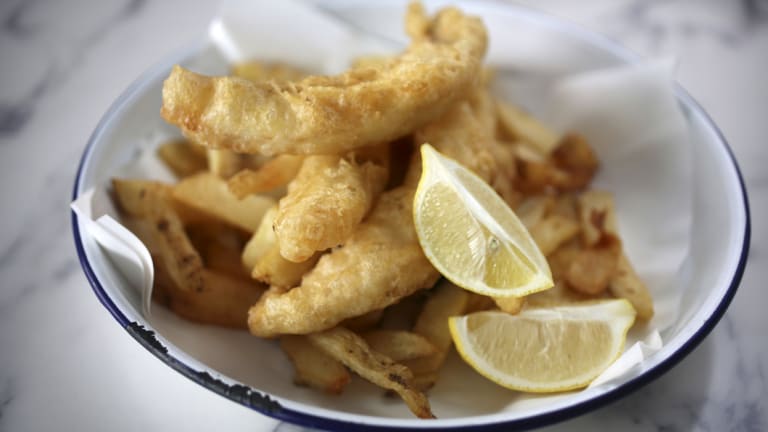 “The last thing you want is a fish that’s wet and wobbly,” said Hodges. “You will see ling used a lot because it’s a skinless, boneless fillet and it’s prolific, however I find it to be a little too moist for batter and better crumbed. Ling is definitely my favourite crumbed fish on a sandwich.”

The most common fish and chips fish after basa in Australia is New Zealand hoki. More hoki is caught in New Zealand each year than Australia’s total annual fish catchment. “Hoki can be a good fish, though,” said Hodges. “It’s absolutely great eating for fish and chips.”

Flathead is one of the best fried fish choices but it is less common than it was 20 years ago due its price. “Skinless boneless hoki is about $8 a kilo to a chipper, whereas boneless flathead is around $60 a kilogram,” said Susman.

Hake harvested in South Africa and New Zealand is the “third king of the batter” said Susman because it is “consistent, white, flavourless and moist”.

“Gemfish is a glorious treat," said Susman. “It has been hammered from overfishing but it’s the premium domestic fish for fish and chips.”

“There’s hundreds of recipes out there for batters using different flours and types of beer," said Hodges. “However, the most important thing with fish and chips is for ice-cold batter to hit hot fat.” This will create the crispiest crust.

A good chipper won’t whisk the batter too much either, he said. “If you overwork batter then it becomes like a pluto pup. A few lumps aren’t a bad thing.” 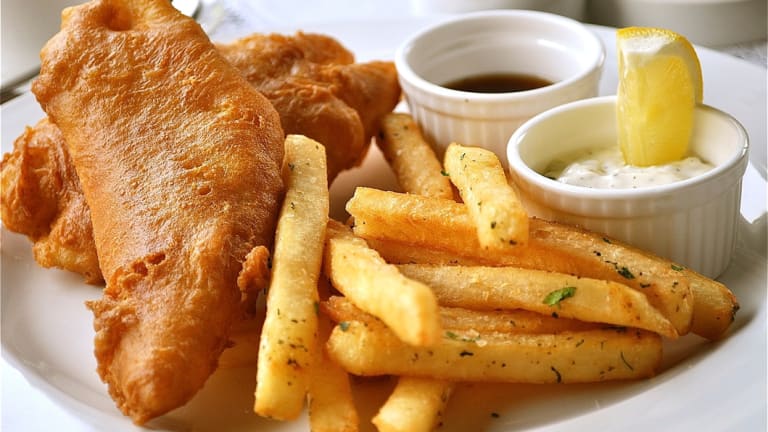 When ice-cold batter hits hit hot fat it will create the crispiest crust.

Hodges said that pale ale is one of the best choices of brew for beer batter as it often has a high alcohol content and burns faster. “Vodka in the batter is also a good thing but the chipper will need to add a little bit of honey to balance the spirit’s bitterness.”

“Frozen Idaho potato chips straight from America is what you want,” said Susman. “There’s a lot of science and technology going on in the back end to manage the chip’s consistency.”

Hodges agrees. “The best chip potato variety is definitely the Idaho. We just haven’t perfected growing it in Australia. I used to do hand-cut chips at my restaurant and sourcing good, fresh potatoes each day was a massive pain in the arse.”

There needs to be a renaissance to bring fish and chips back to the great meal that it once was … Australians need to be better informed.

White-skinned daisy and jelly variety spuds are at their chip-making best in summer said Robbie Davis, chief executive officer of Potatoes South Australia. “Most red-skinned potatoes are high in dry matter so also suitable for hand-cut chips,” she said. “Varieties to look out for are desiree, rodeo and merlot.”

“If the chipper has an old-school deep fat fryer then you’re going to be well in front,” said Susman. “If it’s just some dude with a benchtop fryer then good fish and chips ain’t going to happen.”

“Fish and chips need to be cooked in an oil with an animal fat base,” said Susman. “Frytol is the number one brand. If you want to use a vegetable oil for health reasons then you might as well go and eat a poke bowl.”

Peter Sarigiannis owns The Fish Joint in Brighton-Le-Sands and uses cottonseed oil for his frying needs. “If we used an animal fat-based oil then we would lose our Islamic and vegan customer base,” he said.

“Japanese sea salt is brilliant,” said Hodges. “I’d love to say Maldon salt but it doesn’t stick to the fish and chips. Salt needs to be sprinkled over the fish as soon as it comes out of the fryer so it clings to the batter.

Susman is a fan of Olsson’s flossy salt. “If there’s flossy on the counter then jump at it.”

Five of the best fish and chip shops in Sydney