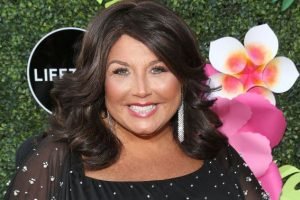 Dance Moms’ Abby Lee Miller is cancer-free, out of prison, and returning to the small screen for Dance Moms: Resurrection. But now, Abby Lee is revealing what she thinks caused her health problems—and it happened while she was in prison.

In a new interview with People Now, Abby Lee said she thinks being taken off of her diabetes medication during her 2017-2018 stay at Victorville Federal Correctional Institution in California is at the root of her major health issues.

“I didn’t realize at the time, I sent everybody at an email, telling them ‘I’m no longer diabetic,’” she said in the interview. “The doctor took me off all my medication. Then I get out, and hear, “Once a diabetic, always a diabetic.’ It’s just how you treat it.”

Abby Lee was released from prison in March 2018—and just one month later, she was diagnosed with Burkitt lymphoma, a rare type of non-Hodgkins lymphoma, which affects the body’s white blood cells.

Abby Lee went on to say that now, various doctors have told her that ending her medication so abruptly may have caused her issues. “I have so many doctors that have point blank said, ‘You should’ve been weaned off of that medication over a year.’ So to go off if it cold turkey, that’s what caused all of this,” she said. “I had the doctor say to me, ‘I can’t believe you’re walking in here, you should be in a coma right now, the way your lab results look.'”

People contacted the Federal Bureau of Prisons for comment. The organization said it “provides a safe, secure and humane environment for staff and inmates,” adding that it takes allegations of misconduct seriously, and when necessary, investigates them. “For the privacy of inmates and former inmates, we decline to comment further,” the organization said.