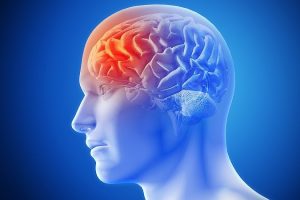 The bolus thrombolytic, tenecteplase, given at a dose of 0.25 mg/kg, was noninferior to the standard of care, alteplase, in a large, randomized trial.

The 1600-patient Canadian Alteplase Compared to Tenecteplase (ACT) trial is the largest trial of tenecteplase so far conducted, and the investigators hope it will change clinical practice.

The study was presented by Rick Swartz, MD, director of the Stroke Research Unit at Sunnybrook Health Sciences Centre and of the University of Toronto Stroke Program, and Bijoy Menon, MD, professor of neurology at the University of Calgary, Alberta, Canada, on May 4 at the European Stroke Organisation Conference (ESOC) 2022, held in Lyon, France.

“The aim of this trial was to answer the question of whether we can replace alteplase with tenecteplase for all stroke patients receiving thrombolysis in our practice,” Menon said. “Our feeling was if we can show noninferiority in a large pragmatic trial then all the other advantages of tenecteplase — single bolus, more cost-effective, potentially faster — you would just change practice.”

“The results clearly showed noninferiority of tenecteplase to alteplase for functional outcomes at 90 days, with a trend towards superiority, and safety was similar for the two drugs,” Swartz reported.

Asked during discussion after the presentation whether these results should change clinical practice, Menon replied: “The goal of the trial was to change practice, so yes, that is our hope.”

Swartz noted that alteplase is the standard of care for intravenous thrombolysis in patients with acute ischemic stroke. Tenecteplase has a longer half-life, can be delivered as a single bolus, and may potentially increase perfusion in large vessel lesions, he said. Phase 2 studies have shown potential efficacy and safety at 0.25 mg/kg, but the real-world effectiveness and safety remain unclear in day-to-day practice.

The ACT trial set out to establish whether, in patients with acute ischemic stroke in routine clinical practice, treatment with tenecteplase at a dose of 0.25 mg/kg was noninferior to alteplase in terms of functional outcome at 90 days.

The researchers randomly assigned 1600 patients with acute ischemic stroke eligible for thrombolysis from 22 sites across Canada to alteplase or tenecteplase 0.25 mg/kg.

Baseline characteristics were similar in the two groups. Mean age was 73/74 years, 50% were women, the baseline National Institutes of Health Stroke Scale score was 9 in the tenecteplase arm and 10 in the alteplase arm, around 25% of patients had a large vessel occlusion, and 7% of patients were treated in primary stroke centers.

The workflow times reflected Canadian practice with onset-to-door time of around 80 minutes and door-to-needle time of around 36 minutes (same in both study arms).

Primary results showed that the trial met the noninferiority threshold. The 90-day modified Rankin Scale (mRS) 0-1 excellent functional outcome was achieved in 36.9% of patients in the tenecteplase group vs 34.8% in the alteplase group, giving an unadjusted risk difference of 2.1% (95% CI, –2.6 to 6.9).

The lower confidence limit of –2.6 was larger than the 5% threshold set for noninferiority.

No difference between the two groups was seen in any of the secondary outcomes including mRS 0-2, median mRS score, endovascular utilization, and length of stay.

The results were similar across all subgroups. “We didn’t see any heterogeneity of effect. There was not any subgroup in the prespecified subgroup analysis in which tenecteplase was not in the direction of benefit,” Swartz said.

Menon pointed out that there were a couple of subgroups of interest, including patients with large vessel occlusion and those with shorter treatment times (stroke onset-to-needle times of less than 180 minutes) where there were stronger trends toward benefit in the tenecteplase group.

“In our opinion, based on these results, tenecteplase is a very reasonable alternative to alteplase in patients meeting standard indications for intravenous thrombolysis across every subgroup,” Menon concluded.

Although the trial clearly showed noninferiority of tenecteplase to alteplase, it did not show statistical superiority.

Addressing this, Swartz said: “This was a noninferiority trial. The point estimate for the primary outcome of an excellent functional outcome was 2.1% higher with tenecteplase than with alteplase. The confidence intervals cross zero, but this wasn’t powered to be a superiority analysis.”

Menon added: “If we have to demonstrate superiority — from these results with a 2.1% difference in the point estimate, we would need to do a study of at least 5000 patients. To me, because of the practical advantages of tenecteplase, a noninferiority study should be enough to change practice.”

Noting that another trial presented at the same session (NOR-TEST 2A) was stopped early because of safety issues with a higher dose of tenecteplase (0.4 mg/kg), the ACT triallists stressed that the dose used was of utmost importance.

“We chose the 0.25 mg/kg dose based on our assessment of all the previous data which suggested that the 0.4 mg/kg does not show any efficacy advantage over 0.25 mg/kg but may cause more harm,” Menon said.

Swartz added: “The two trials — ACT and NOR-TEST 2A — complement each other in that we know from ACT we have equivalence to alteplase at 0.25 mg/kg but we also know from NOR-TEST 2A that we don’t go to 0.4 mg/kg.”

In a discussion session about the trial, stroke experts Urs Fischer, MD, chairman of the Department of Neurology at the University Hospital Basel, Switzerland, and Georgios Tsivgoulis, MD, professor of neurology at the University of Athens, Greece, and vice president of the European Stroke Organization, agreed that this study could shift practice toward tenecteplase at the 0.25 mg/kg dose.

“We have some clear answers on tenecteplase today,” Fischer said. “NOR-TEST shows that 0.4 mg/kg dose is dangerous. But ACT shows a very promising result with the 0.25 mg/kg dose. They show clearly noninferiority. I think we are now shifting the landscape to the direction that tenecteplase is noninferior to alteplase.”

Tsivgoulis was interested in the suggestion of a better outcome with tenecteplase patients with large vessel occlusion. “The absolute benefit in this group was around 5.5%,” he said, adding that this was in line with a meta-analysis of previous data that had also suggested that tenecteplase may be superior to alteplase in large vessel occlusion. “I think this is a very important message from the biggest study to date of tenecteplase at the 0.25 mg/kg dose. It is very promising,” he said.

Fischer added: “One of the big advantages of tenecteplase is that is easier to give as it is a bolus, and we have the whole effect of the drug immediately. This is probably the driver of the main difference between the two drugs — one single shot and the therapy is in. With alteplase it takes some time — you give the first shot, then you have to start an infusion over 1 hour. At the end of the day, when you think about practicality, this is probably key.”

Fischer pointed out that there is currently a shortage of tenecteplase, which will likely be an issue for a while.

And Tsivgoulis cautioned that as tenecteplase is not licensed for acute ischemic stroke, there may be some medicolegal issues if it starts to be used routinely.

“There is an issue of dosing. The instructions currently state the dose is 0.5 mg/kg but that is for acute MI [myocardial infarction]. Clinicians must be careful not to use the MI dose for stroke patients. That will cause a dangerous increase in bleeding,” he warned.

The ACT trial was funded by the Canadian Institute of Health Research, the Heart and Stroke Foundation/University of Calgary, the Alberta SPOR SUPPORT Unit, and Alberta Innovates.