Home » Health News » After ‘a Lot of Doors Shut in Our Face,’ Crusading Couple Celebrate Passage of Burn Pit Bill

After ‘a Lot of Doors Shut in Our Face,’ Crusading Couple Celebrate Passage of Burn Pit Bill

The battle was just beginning for Le Roy Torres and his wife, Rosie, when the Army captain returned to Texas in 2008, already starting to suffer from the toxic substances he’d inhaled from the 10-acre burn pit at Camp Anaconda in Balad, Iraq.

Along the way, Le Roy would lose the job he loved as a Texas state trooper and take his fight all the way to a Supreme Court victory. He would be rushed to the emergency room hundreds of times, be denied health benefits by the Department of Veterans Affairs for years, attempt suicide, and seek experimental cures for the damage done to his lungs and brain.

Amid all that, Le Roy and Rosie founded an organization to help others and push Congress to fix the laws that allowed the suffering of veterans to go on, and ultimately enlist people like comedian and activist Jon Stewart, who helped them win a dramatic showdown in the Senate last week.

Their struggle will never really be over. But the Torreses’ campaign to make sure no other veterans experience what they had to ends Aug. 10, when they join President Joe Biden as he signs a law to guarantee that 3.5 million American warriors exposed to similar hazards can get care.

“I mean, to think that 13 years ago we were walking the halls [of Congress] — it’s really emotional,” Rosie said recently, halting to collect herself and wipe back tears, “because I think of all the people that died along the way.”

The bill provides a new entitlement program for veterans who served in a combat zone in the past 32 years. If they are diagnosed with any of 23 conditions identified in the legislation — ranging from specific cancers to breathing ailments — they would be deemed automatically eligible for health coverage. The Congressional Budget Office estimated the new benefits would cost $280 billion over the next 10 years.

Most veterans — nearly 80% — who start experiencing symptoms after leaving the service get denied what’s known as a service connection when they seek help from the VA. The system has been designed to disbelieve them, the veterans complain. They must prove their breathing problems or cancers came from the toxic trash smoke they breathed overseas, which is extremely difficult.

When Le Roy got home from the Balad Air Base — the second-largest U.S. post in Iraq and where the military incinerated tons of debris daily, including plastic, ammunition, and medical waste — he was already sick. He was rushed to the hospital a few weeks later with a severe respiratory infection.

He had expected to keep working as a state trooper, but by 2010 it was clear he couldn’t perform all the duties because of his illness. When he asked for a different job with the Texas Department of Public Safety, he was denied. He was told he had to resign if he wanted to apply for medical retirement. The retirement request was then rejected. So he sued and eventually took the case to the Supreme Court, which in June ruled that states were not immune from such lawsuits by service members.

In those early years, the military and VA doctors couldn’t say what caused his breathing problems and splitting headaches. As with other victims of toxic exposure, diagnoses proved to be difficult. Some doctors suggested the problems weren’t real — a pronouncement often encountered by other vets whose claims are denied.

Like so many others, Rosie turned to the internet for information she couldn’t get from the VA, where she had worked for 23 years. She discovered a Facebook group that she would use as the basis for a new advocacy group, Burn Pits 360. 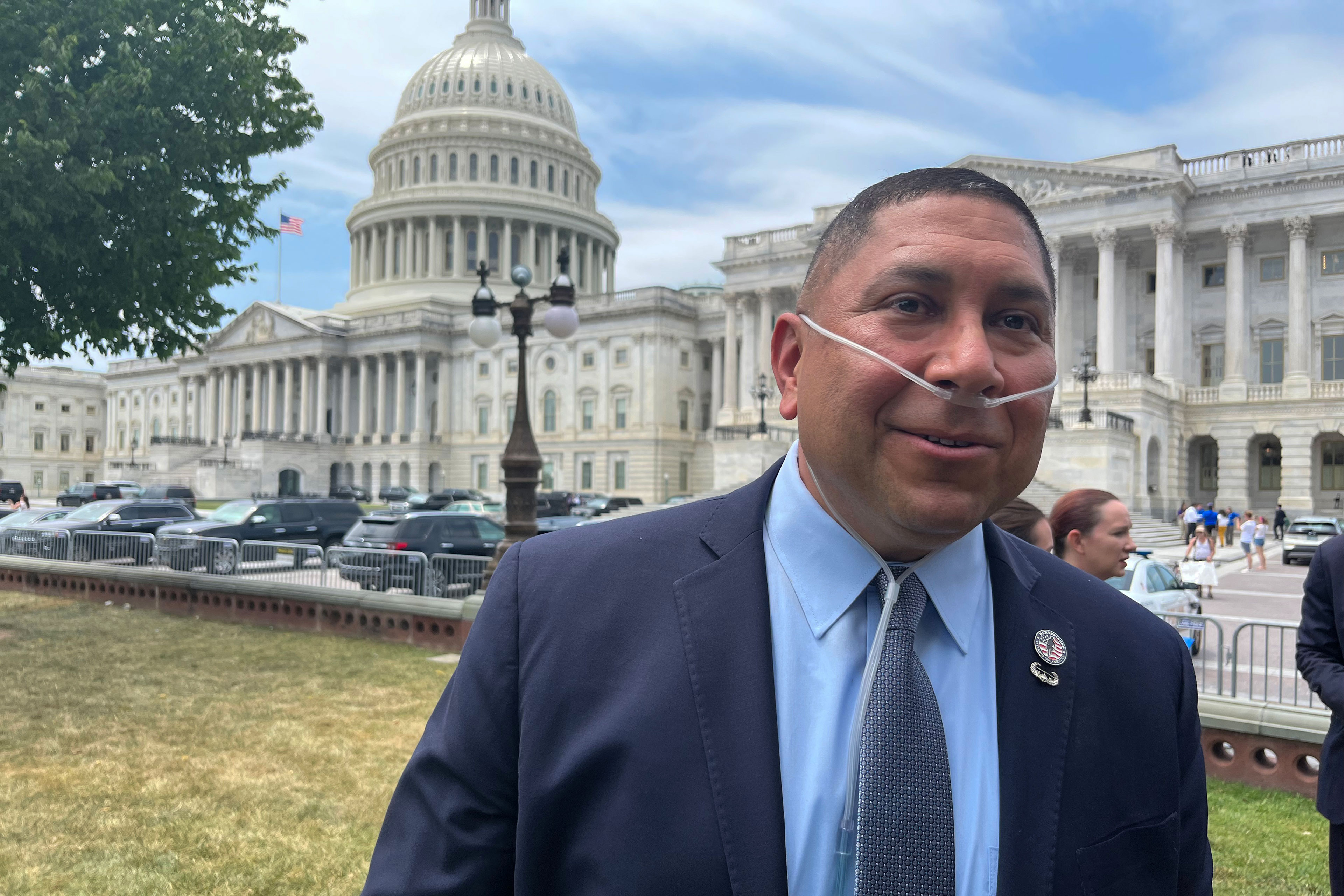 Le Roy was ultimately diagnosed with constrictive bronchiolitis, fibrosis of the lungs, and toxic encephalopathy. He eventually got his benefits in early 2013. By then, the family was deep in debt.

For years he lived with the reality that the military he had served for 23 years refused to answer his needs, and the police force he loved didn’t seem to care.

“It’s something that we have now learned is known as moral injury and compound loss,” Rosie said.

As a man, he began to wonder how he could provide for his family, if he was any use to anyone, she added. “So then that led to him attempting to take his life.”

It also led the couple and parents of three to beseech Congress to fix the problems. They started walking the halls in the Capitol. Success there was not any easier.

“We came to Capitol Hill and just handed out information we had printed about burn pit exposure,” Le Roy said at his last visit to the Hill in June, an oxygen tube strung under his nose.

“There were a lot of doors shut in our face,” Rosie said.

While making little progress in Congress, they built Burn Pits 360 into an advocacy group and a clearinghouse to help other veterans similarly frustrated by a system that seemed to be failing them.

The breakthrough for Rosie began when she saw Stewart and 9/11 survivors’ advocate John Feal winning a similar battle to make Congress fully fund health and compensation programs for responders of the Sept. 11, 2001, terror attacks. She recalls reading up on the toxic substances in the dust and smoke that spewed from the collapsed twin towers and discovering they were remarkably similar to the poisons inhaled by troops near the waste fires that were also set ablaze with jet fuel.

She called Feal. Feal called Stewart, and by February 2019 the four of them were meeting on Capitol Hill with lawmakers, including Sen. Kirsten Gillibrand (D-N.Y.), one of the authors of the 9/11 legislation.

The key, they decided in those first meetings, was to remove the obstacles for the most common illnesses and eliminate the burden of proof on ill former soldiers. Gillibrand’s office wrote that bill, along with Rep. Raul Ruiz (D-Calif.), who championed it in the House.

Ultimately, that bill became the heart of the measure that passed, known as the PACT Act and named for a soldier who died from cancer linked to his service.

“Our bill was the first federal presumption for burn pits coverage ever. And that was all because of Rosie and Le Roy,” said Gillibrand.

But just as with the 9/11 legislation, many in Congress weren’t that interested.

“It’s about money, and nobody likes to spend money,” Gillibrand said. “Congress never wants to accept the fact that treating these veterans and addressing their health care is the cost of war.”

Weeks ago, the bill appeared ready to glide through. It passed both the House and Senate but needed another vote to fix a technical legislative issue. Then on July 27, Sen. Pat Toomey (R-Pa.), who opposed the measure, unexpectedly persuaded 25 of his Republican colleagues who had supported the bill to vote against it, claiming that because the bill made the spending mandatory — not subject to the annual whims of Congress — Democrats would spend $400 billion elsewhere in the budget. Democrats countered that the money Toomey cited is already being spent and, regardless of how it’s categorized, it’s still up to Congress to appropriate it.

Rosie and veterans who had come to the Capitol that day to celebrate instead had to dig in one more time, with Stewart bringing the high-wattage attention that led the Republicans to reconsider. On Aug. 2, most Republicans decided to agree with the Democrats, and the bill passed 86 to 11. 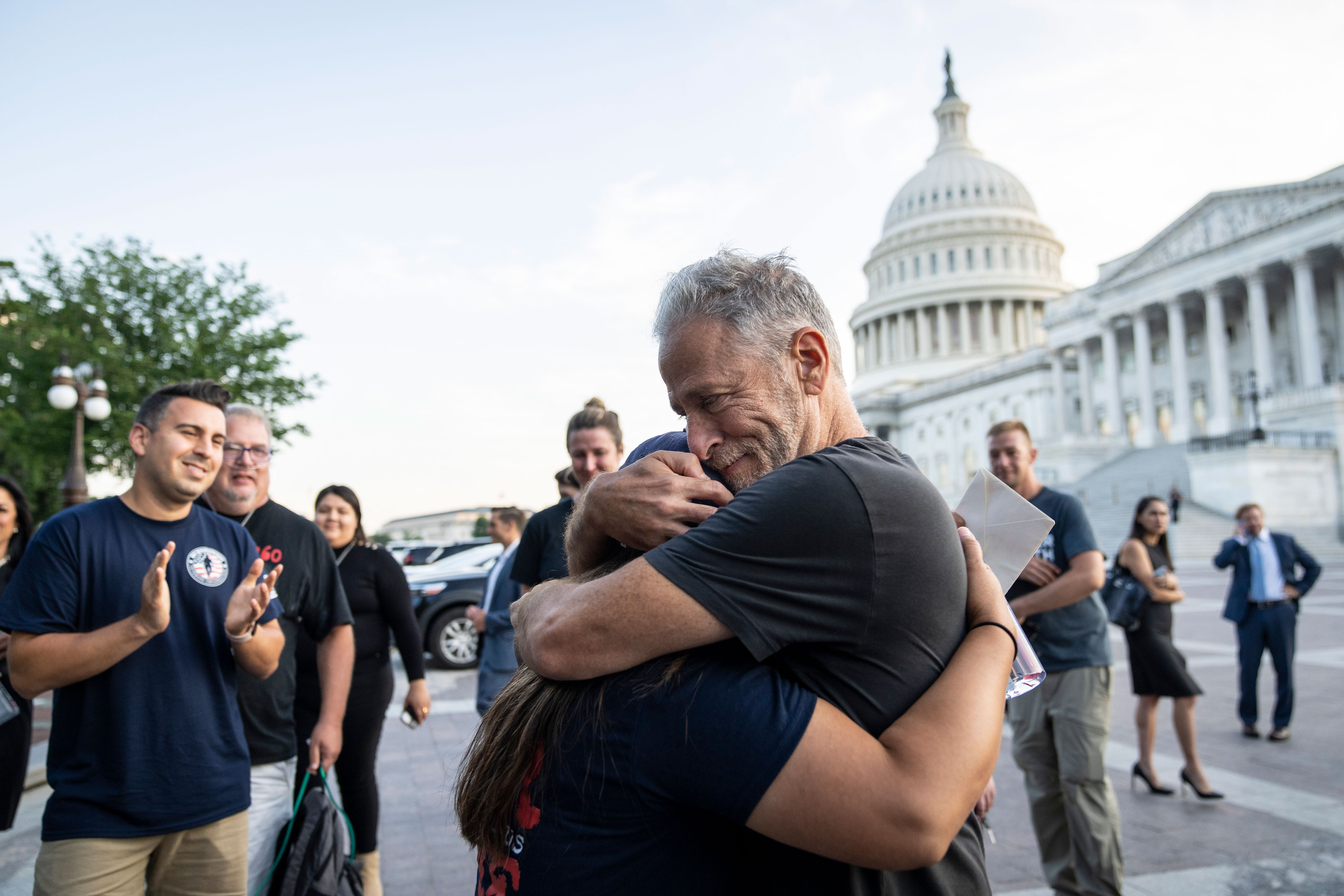 Rosie said it never would have happened without Feal and Stewart. Stewart said it was all about Rosie, bringing together veterans in a way that Congress couldn’t ignore.

“She’s the reason I’m doing it, her and Le Roy,” Stewart said, standing outside the Capitol with Rosie the day before the vote.

Stewart, the Torreses, and untold other veterans tempered their joy with the warning that it will be a hard journey making the new program work with a VA that already has a massive backlog. The legislation has provisions to create facilities and bring in private doctors, but some vets remain dubious.

Iraq War veteran Brian Alvarado of Long Beach, California, was diagnosed with neck and throat cancer soon after returning from Iraq in 2006. He had been assigned to patrol one of the many burn pits. He eats and breathes through tubes and struggles to keep weight on. Radiation and a tracheostomy have left his voice almost inaudible.

“You can pass laws, but it all boils down to the VA. How are they going to implement the changes? The claims, the compensation, the treatment,” he asked in June. “And how long will it take?” 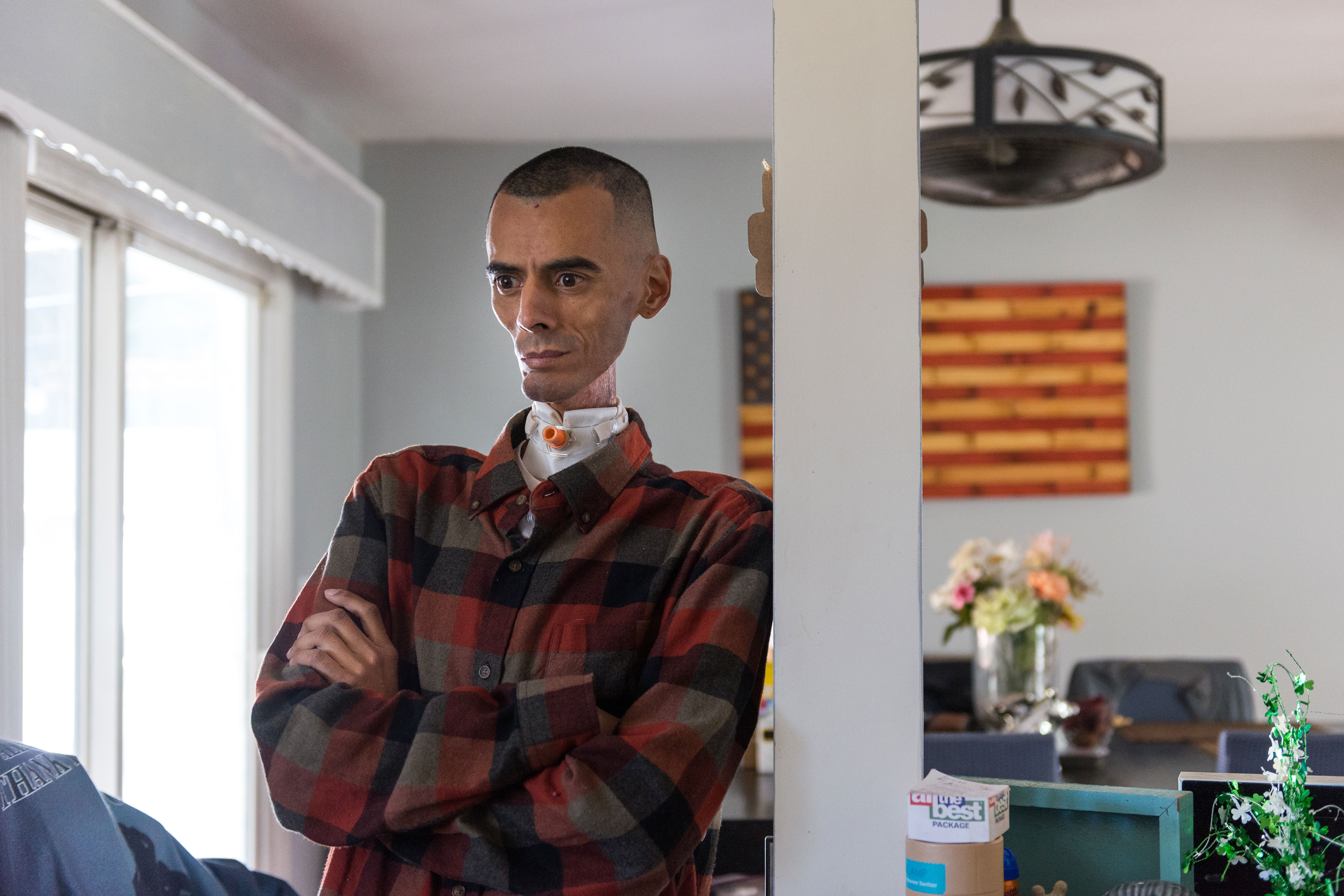 For the time being, though, Rosie said that even more than a visit to the White House, she was looking forward to going back to Texas and her family.

“You know, I lost 13 years away from my children, with trips to the hospital, coming to D.C.,” she said. “It means I can go home.”

Le Roy and Rosie can also reflect that as painful as this path has been, 3.5 million veterans are guaranteed a backstop because of this law, and thousands of veterans and active-duty service members who work for state and local governments now have recourse if they are fired after being injured at war.

“It is good to know that so many people will be helped,” Le Roy said from his home in Robstown, Texas. “It does help.”