Air Pollution Tied to Ventricular Arrhythmias in Those With ICDs 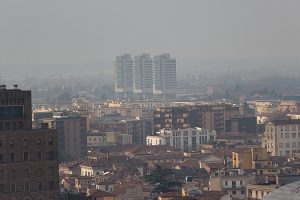 Investigators studied the relationship between air pollution and ventricular arrhythmias in Piacenza, Italy by examining 5-year data on patients who received an implantable cardioverter defibrillator (ICD).

“The study suggests that the survival of patients with heart disease is affected not only by pharmacological therapies and advances in cardiology, but also by the air that they breathe,” she said.

The results were presented at Heart Failure Association 2022, the Annual Scientific Congress of the European Society of Cardiology (ESC).

The World Health Organization (WHO) estimates around 7 million people die every year from exposure to polluted air, “as 91% of the world’s population lives in areas where air contaminants exceed safety levels,” Zanni said. Furthermore, “air pollution has been defined as the fourth-highest ranking risk factor for mortality — more important than LDL cholesterol, obesity, physical activity, or alcohol use.”

She noted that Piacenza has “historically been very attentive to the issues of early defibrillation and cardiac arrest.” Her group had previously found a correlation between out-of-hospital cardiac arrests (OHCAs) and air pollution in the general population.

Moreover, her group recently observed that emergency department visits for patients with ICDs “tended to cluster; on some special days, many patients with ICDs had cardiac arrhythmias, and during those days, air pollution levels were particularly high.”

Her group therefore decided to compare the concentration of air pollutants on days when patients suffered from an arrhythmia event vs pollution levels on days without an arrhythmia, she said.

Further Piece in a Complex Puzzle

The researchers studied 146 patients with ICDs between January 2013 and December 2017, assigning exposures (short-, mid-, and long-term) to these patients based on their residential addresses.

They extracted day-by-day urban PM10, PM2.5, CO, NO2, and O3 levels from the Environmental Protection Agency (ARPA) monitoring stations and then, using time-stratified case-crossover analysis methodology, they calculated the association of ventricular arrhythmia onset with 0- to 7-day moving averages of the various air pollutants prior to the event.

The researchers found a significant association between PM2.5 levels and ventricular arrhythmia treated with shock, corresponding to a 15% increased risk or every additional 10mg/m3 (P < .019).

“Since the majority of out-of-hospital cardiac arrest causes still remain unclear, our data add a further piece to the complex puzzle of cardiac arrest triggers,” Zanni commented. “We think that particulate matter can cause acute inflammation of the heart muscle and potentially act as a trigger for lethal cardiac arrhythmias.

“As these toxic particles are emitted from power plants, industries, and cars, we think that cardiovascular research should highlight these new findings to promote green projects among the general population, clarifying the risks to the health of the human being, and we think strategies to prevent air pollutant exposure in high-risk patients (with previous cardiac disease) should be developed,” she added.

The evidence that air pollutants “can be a trigger of worsening of cardiovascular disease is fairly consistent at this time, and although the effect sizes are small, they are consistent,” said Kaufman, who was the chair of the writing group for the American Heart Association’s 2020 policy statement, “Guidance to Reduce Cardiovascular Burden of Ambient Air Pollutants.”

“The research into this issue has become clearer during the past 10 years but still is not in the mainstream of most cardiologists’ awareness. They tend to focus more on controlling cholesterol and performing procedures, etc, but there are modifiable risk factors like air pollution that are increasingly recognized as being part of the picture,” said Kaufman, who was not involved with the current study.

Zanni added, “It is important that politics work hand-in-hand with the scientific community in order to win the battle against global warming, which will reduce the number of cardiovascular deaths — the leading cause of death worldwide — as well as environmental integrity.”

This research received no specific grant from any funding agency in the public, commercial, or not-for-profit sectors. Zanni and co-authors and Kaufman report no relevant financial relationships.

Heart Failure Association of the European Society of Cardiology 2022. Abstract. Presented May 21, 2022.