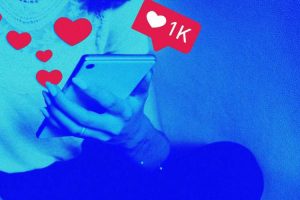 One recent morning, Sarah Roberts, a 22-year-old writer from Ottawa, Canada, logged onto Instagram and saw this notification at the very top of her feed:

Scrolling down, Roberts saw the effects of the change: Gone were the 500,000+ likes Chris Pratt would generally get on a random photo of his lambs (#farmlife), and gone, too, was the modest, lower-digit “like” count she’d get on a hiking photo. (Gone-ish, anyway ― on the backend, an uploader can see who liked their pic and manually count the names, if they’re so inclined.)

Roughly two weeks into the test, Roberts said she could get used to a like-less Instagram.

“Personally, I love not seeing the like count,” she told HuffPost. “It feels a bit weird to say, but I’ve stopped comparing myself to bigger accounts. I’ve also been more personal with the things I actually like versus what everyone else is liking. This feels like more of what Instagram should be rather than an advertisement of ourselves on our page.”

Roberts is among the Canadian users testing a version of the platform that “hides” likes in order to emphasize the content itself. During Facebook’s F8 developer conference late last month, Instagram chief Adam Mosseri explained that, while followers will still be able to like and comment on your photos or videos, the outside world won’t be privy to the exact count of people who’ve liked a post. 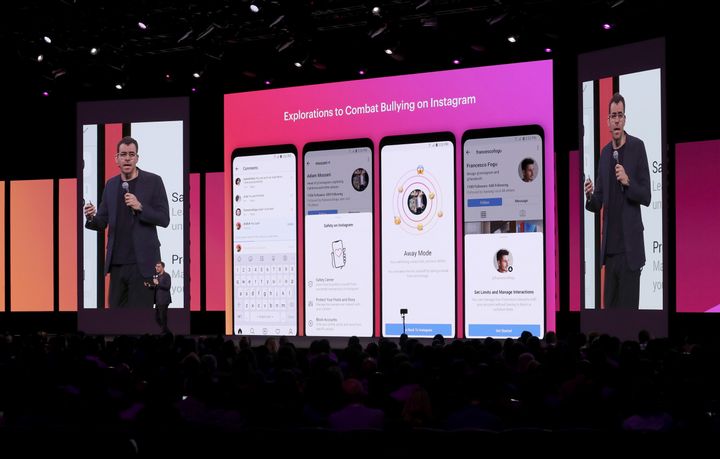 Given Instagram’s recent increased efforts to prioritize mental health ― Instagram Stories were created in part to alleviate the pressure of receiving likes ― the test makes a lot of sense. At F8, Mosseri said that this feature was set up in order to create a “less pressurized environment where people feel comfortable expressing themselves.” (Likes can also create a false sense of engagement, given the number of bots and services that exist to send fake likes to posts.)

Even better for Instagram’s bottom line ― i.e time spent on site ― Canadians we spoke to said they’re posting more, without the built-up anxiety they used to feel about how the post would perform.

Cam, a 20-year-old on the east coast of Canada, said the test has totally changed the way he interacts with the app. Like many of us, he sees his feed as an extension of himself, so naturally, he gets a little bummed when something he posts doesn’t get many likes. He’s even deleted posts if they’re particularly low performing.

“This change gives people the liberty to curate their profiles the way they want them to look as opposed to the way they feel will get the most likes,” he said. “I think this could help a lot of users’ self-image.”

Without the likes, Cam’s been more carefree about posting. The platform feels less like a popularity contest between Instagram influencers with carefully curated aesthetics and average users who use their page to share glimpses of their daily lives with family and friends, he said.

“But I’m sure a lot of people will be upset if the change goes through across all countries, frankly, because a lot of people form their sense of self-worth from the amount of likes they get,” he added.

It’s an interesting bind for the social media giant. Much has been written about how the would-be change could affect content creators and influencers, for whom likes are the bread and butter of their work. (Their tweets might not be safe, either; Twitter, too, is experimenting with hiding likes and retweets with its prototype app “Twttr.”)

But for the rest of us ― the majority of Instagram’s users without blue check marks or massive followings ― a more relevant question might be: Given the negative effects “like” culture has on our mental health, could a like-free Instagram make us a lot less thirsty for approval and more mentally sound?

A report released last month by the American Psychological Association said that rates of depression, psychological distress and suicidal thoughts and actions have risen significantly among people 26 and younger, with some of the highest increases among women. They linked the rise to increased time spent on social media, among other factors.

And a few years back, a Royal Society for Public Health study in the UK suggested that “social media may be fueling a mental health crisis” in young people locked in an unwinnable game of compare and contrast.

But the researchers in the UK study also noted that the sites could be used as a tool for good; Instagram, for example, was found to have a positive effect on self-expression and self-identity. This trial run could emphasize that side of the app, said Devorah Heitner, author of “Screenwise: Helping Kids Thrive (and Survive) in Their Digital World.”

“Kids can get very hung up on the numbers with both likes and followers,” she told HuffPost. “But if Instagram’s test shows kids they can laugh at themselves and have some perspective on their own hunger for status and approval (which are deeply human), that’s a positive strategy that I would encourage.”

While some research has shown that social media use increases depression and loneliness, other research suggests that it’s not so much about the time people spend on social media but how they use it, said Hannah Schacter, a postdoctoral research fellow at the University of Southern California who studies the digital wellbeing of minors.

“Instagram likes can be a powerful way of fulfilling teenagers’ desire for social belonging and approval,” she said. “On the other hand, some adolescents may be highly preoccupied with comparing themselves to others and monitoring their popularity.”

There’s a fine line between feeling yourself (and quietly basking in all the fire emojis in the comment section) and going full-blown analytics mode to see how that selfie or vacay photo performed compared to your previous posts or your friends’ or Instagram models’ pics. (A helpful tip modified from digital minimalist Theodore Roosevelt: Comparison is the thief of joy, stay on your own page!)

“You could definitely see how teens who evaluate their own self-worth exclusively based on Instagram feedback would feel distressed when a photo they posted only gets 20 likes as opposed to their typical 50,” Schacter said.

“A like-less Instagram might boost self-esteem, but getting approval from other people in the form of likes and comments is partly why people keep returning to social media again and again… If the user experience doesn’t include visible likes and the addictive rush of dopamine when they start come in, log-ons could take a hit.”

Financially, parting with the like metric of success is a double edged sword for Instagram, said Guy Kawasaki, the chief evangelist at Canva who made a name for himself at Apple in the 1980s during the launch the Macintosh computer.

It might boost self-esteem to do away with front-facing “likes,” but as Kawasaki pointed out, getting approval from other people in the form of those “likes” and comments is partly why people keep returning to social media again and again.

Will log-ons start to trail off if the user experience doesn’t include visible likes and the addictive rush of dopamine when they start to roll in? (Dopamine is a feel-good chemical produced by our brains that motivates us to repeat evolutionary beneficial behavior. The chemical is released when we take a bite of something good, when we have sex, after we exercise, and, more relevant here, when we have successful social interactions, like receiving a “like” on Instagram or Facebook.)

“Is Instagram trying to reduce engagement and provide no indication of whether something is popular?” he said. “As a user, it seems to me that the number of likes is some indication of the quality of the post. Visible likes mean you can compare your own posts to others. If Seth Godin’s posts always get 1,000 likes and yours get five, you know you’re doing something wrong.”

And though likes aren’t the only metric that brands value when it comes to partnering with influencers and creators (follower growth, click-through rates, story engagement and video completion also matter), likes will always be the highest valued.

“Doing away with likes is a wonderful idea, in the same way that detaching from phones and devices throughout the day is a good idea. In practice, however, I doubt it will catch on,” said Max Emerson, an LA-based writer and director with over 1 million followers. (Clearly, he’s not just posting quote cards; he’s a writer who knows how to play the Insta game: His feed is full of shirtless selfies and dog pics.)

The whole Facebook/Instagram/social media model is predicated on the product being addictive, and double taps are essential to that.

“Them removing their most tantalizing feature would be like a casino removing the flashing lights, high oxygen saturation and jackpot announcements,” he joked. “There’s no way in hell the powers that be will eliminate engagement counters on a large scale.”

True, the test may just be lip service to a wider reckoning Instagram and its parent company Facebook are having about their purpose in the world; in January, Facebook CEO Mark Zuckerberg said the company would start focusing on “time well spent,” a phrase he defined as “a responsibility to make sure our services aren’t just fun to use, but also good for people’s wellbeing.”

Either way, the trial run is a great way to talk about and encourage more mindful usage of the app. If you find the idea of a “like-” free Instagram mentally liberating, it might behoove you to take a step back and consider how much headspace you’re giving the app in your life.

“The thing I remind myself and others is that there will never be enough likes, followers or validation,” Emerson said. “Social media engagement is digital cocaine, so the most productive thing to do is physically disengage for various periods throughout the day.”

Plus, getting hung up on outside validation and likes often dims your authenticity, “which ironically, can lower your engagement,” Emerson added.

“Always keep in mind that all of this social media nonsense is an imaginary thing we created from thin air only a couple years ago,” he said. “Try not to take it so seriously.” 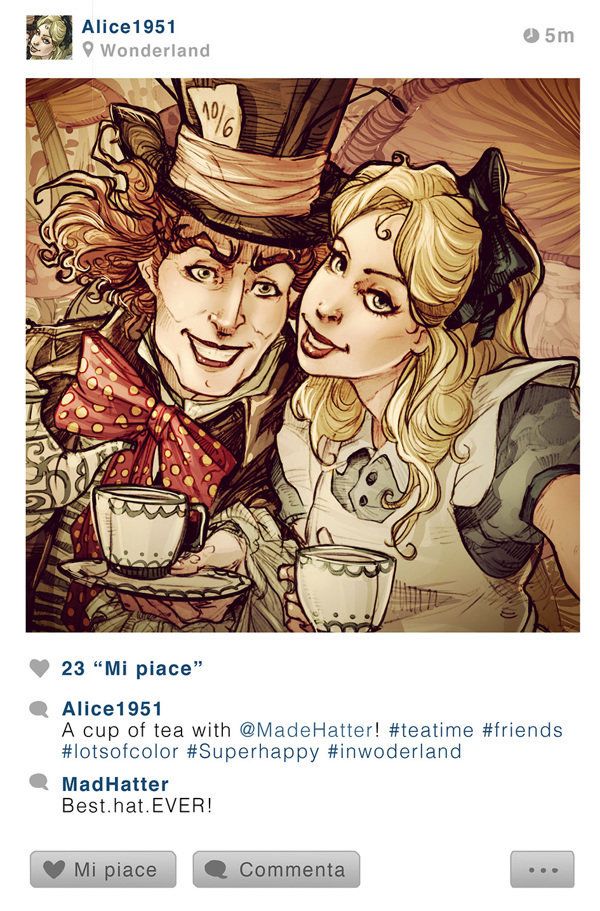