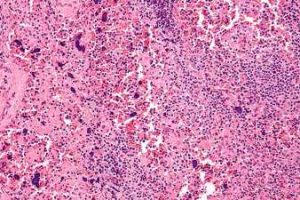 Treatment with the humanized monoclonal antibody litifilimab improved scores on a validated measure of skin disease activity in an international phase 2 trial of patients with cutaneous lupus erythematosus (CLE).

Improvements in Cutaneous Lupus Erythematosus Disease Area and Severity Index–Activity (CLASI-A) scores in patients randomly assigned to receive subcutaneous litifilimab were superior to changes in patients randomly assigned to placebo over the trial period of 16 weeks. The double-blind study was published in the New England Journal of Medicine on July 28.

“This validated measure is working, and it’s very important to now go into phase 3 using the instrument that worked in phase 2 to measure improvement in the skin,” Victoria P. Werth, MD, professor of dermatology at the University of Pennsylvania and lead author of the study, said in an interview.

Asked to comment on the results, Alisa Femia, MD, associate professor and director of autoimmune connective tissue disease in the department of dermatology at New York University Grossman School of Medicine, who was not involved in the research, said it is “exciting to have a trial that specifically investigates the effect of a drug on cutaneous lupus, as well-designed investigations into this potentially disfiguring disease are relatively sparse and novel treatment pathways are needed.”

The investigational drug targets blood dendritic cell antigen 2 (BDCA2) — a receptor expressed solely on the surface of plasmacytoid dendritic cells (pDCs) — and inhibits the production of type 1 interferon and other inflammatory cytokines and chemokines believed to play a major role in the pathogenesis of cutaneous and systemic lupus, the investigators say.

Rheumatologist Edward Vital, MD, who leads a lupus research group at the University of Leeds in England, said he’s most interested in how the therapy works. The “idea [has been] that pDCs are the main source of type 1 interferon. But there’s a lot of data emerging at present that suggests there are many other sources of interferons, and the drug may work in other ways,” Vital, an associate professor at the university, said in an interview. He was not involved with the study.

“Maybe pDCs have other important roles. Or maybe other cells are targeted by the therapy, too,” he said. “Understanding this will help us understand the pathogenesis of lupus and which patients will benefit the most.”

Across 54 centers, the study enrolled 132 patients with primarily moderate-to-severe active subacute CLE or chronic CLE (including discoid lupus erythematosus), or both subacute and chronic CLE with or without systemic manifestations. Active CLE was defined as a score of at least 8 on CLASI-A, which measures erythema and scaling or hypertrophy in 13 skin regions.

“All three dosages caused a similar skin response,” said Werth. “And importantly, the placebo response is fairly low, much lower than in SLE trials, possibly because the background therapies tend to be less overall [including with slightly lower doses of prednisone]. So we can really see the broad effect of the drug.”

Just under half of participants — 42% to 48% of patients receiving litifilimab and 42% of those in the placebo group — had concomitant SLE with low-to-moderate disease activity as measured by the Systemic Lupus Erythematosus Disease Activity Index 2000. Patients could meet SLE criteria based on previous findings, and “didn’t have to have active SLE,” Werth noted.

Most patients had moderate to severe CLE at baseline “despite approximately 90% having received concomitant background therapy and 80% of those participants having received antimalarial drugs, either alone or with other agents,” Werth and co-investigators write.

CLASI-A has been shown to correlate to patients’ quality of life, Werth emphasized in the interview.

Approximately 10% of study participants who reported race and ethnicity were Black or African American.

The trial was one part of a two-part phase 2 study of litifilimab, named the LILAC trial, sponsored by Biogen. The other part, which will be published separately, involved patients who had SLE with active joint and skin manifestations.

Biogen is currently enrolling patients in phase 3 studies — the TOPAZ-1 and TOPAZ-2 studies — to evaluate the efficacy and safety of the drug in patients with active SLE. As secondary endpoints, both trials will measure the percentage of participants with a CLASI-A score ≥ 10 at baseline who achieve improvement in the score, including a 50% improvement from baseline to week 16, said Nathalie Franchimont, MD, PhD, of Biogen, a co-author of the NEJM study, in an email.

Biogen also has “plans to initiate a pivotal study in CLE this year,” she said.

With respect to the newly published phase 2 study, Femia said that while “conclusions about the magnitude of efficacy are difficult to extrapolate in this trial design, there’s reason for cautious optimism.” There is “good theoretical basis to be optimistic about a drug such as litifilimab, that ultimately reduces type 1 interferon response,” she added.

Anifrolumab, a type 1 interferon receptor monoclonal antibody marketed as Saphnelo, was approved by the FDA for SLE in July 2021, but CLE subtypes were not characterized in trials and CLE was not studied independently of SLE, the authors point out in their NEJM article.

The study was supported by Biogen. In addition to working with Biogen, Werth serves as a consultant to Gilead Sciences and other pharmaceutical companies. Vital has research grants and has received honoraria from AstraZeneca. Femia has disclosed no relevant financial relationships.

Christine Kilgore is a Falls Church, Virginia–based medical journalist whose work has appeared in such publications as Internal Medicine News, Ob.Gyn Times, Oncology Times, and the Washington Post.