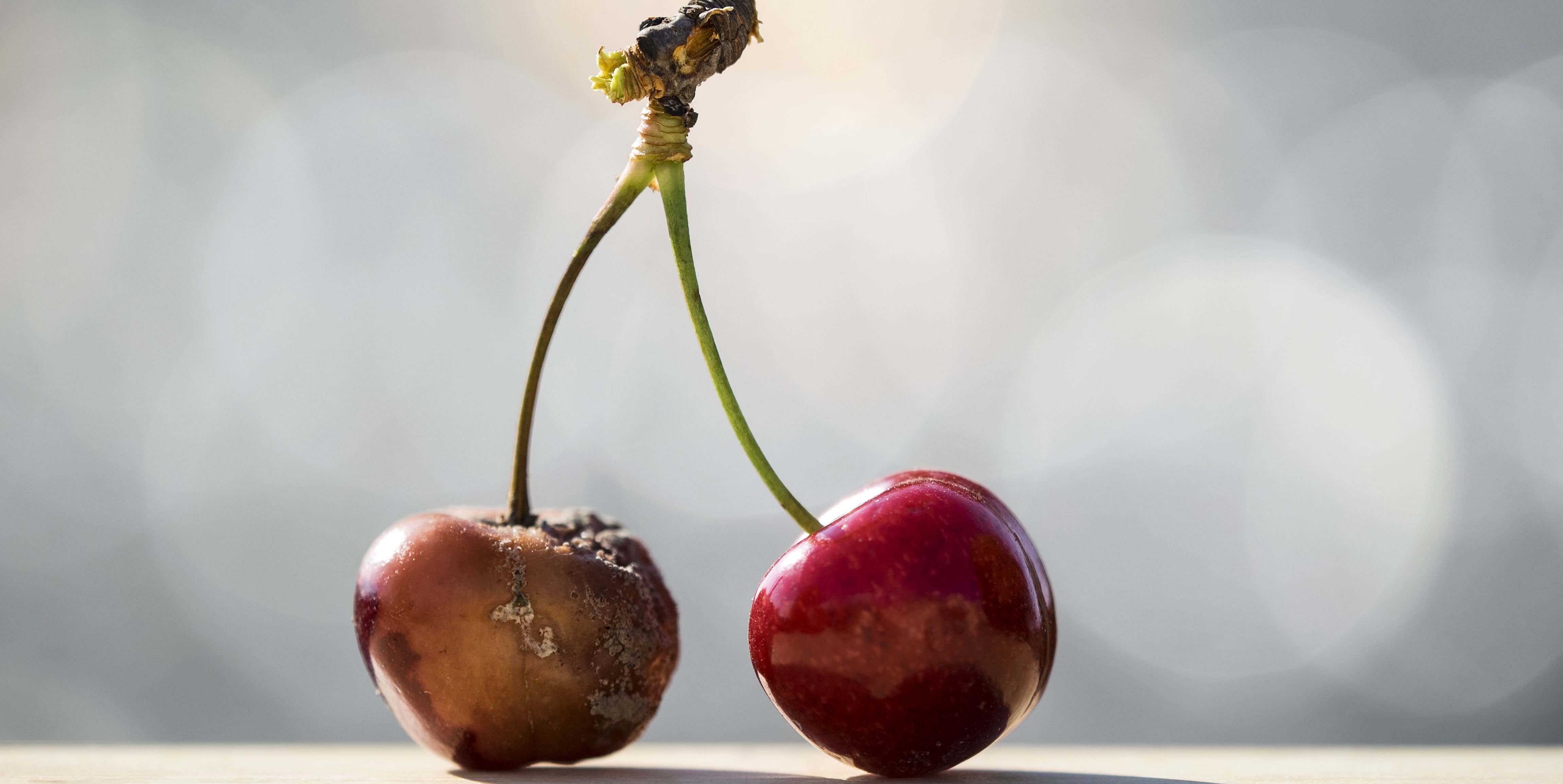 Few things sting as much as the betrayal of a beloved food. You bite into a sandwich or a piece of fruit and just as you’re poised to swallow, you realize it’s covered in mold. (Insert internal screams here.)

Do you immediately spit it out? Rinse out your mouth? Call your mom?

Well, according to Rudolph Bedford, MD, a gastroenterologist at Providence Saint John’s Health Center in Santa Monica, CA, you’re probably fine. But there are a few things worth noting about eating mold, one being the rare occasion when moldy food can actually make you sick.

What will happen if I eat mold?

“Well, you’re not going to die from it,” says Dr. Bedford, “and you can digest it like any other food,” as long as your immune system is in good shape.

Molds, or microscopic fungi, creep up on plant and animal products after being transported by air, water, or insects. They can be dangerous, but usually aren’t. They’re even meant to be on some foods, including dry-cured country hams and cheeses such as blue, Gorgonzola, Brie, and Camembert—and they’re totally safe to eat, according to the USDA.

But what about the fuzzy green or white stuff on vegetables? It might make you feel sick, but Dr. Bedford says this is most likely because the mold tastes bad, not because of any particular toxin.

Before you rush to call the doctor, Dr. Bedford says to wait and see if your symptoms escalate beyond nausea. “The stomach is a harsh environment, so, for the most part, most bacteria and fungus won’t survive,” he explains.

But what do I do if I do get sick?

“It’s very uncommon that you’re going to get [really] sick from mold,” says Dr. Bedford. And in the rare instance you do, it will most likely be from large amounts of molds that are nontoxic. Your symptoms will include persistent nausea and vomiting, at which point, you should definitely call the doctor. And in other cases, “you may have an allergic reaction to some molds, and you may develop some respiratory problems,” which Dr. Bedford says are temporary and treatable.

“I may force patients to have diarrhea to try to flush the system out,” says Dr. Bedford. Or, he’ll prescribe anti-nausea medication or induce vomiting.

But don’t worry: In his 30 years of practice, Dr. Bedford says he has never seen anyone die or require more intense treatment due to mold (though that doesn’t mean it’s impossible).

Just take mold as a sign that your food’s gone bad and move on.

But what if I just cut around the mold?

Depends on the food.

All molds have “roots” that invade foods, according to the USDA, though we only see their fuzzy discolored tops. These roots allow toxins (if there are any) to spread all over the inside, so the best move, according to Dr. Bedford, is to throw the food out regardless of where you see the moldy patch.

Some hard cheeses, hard salami, firm fruits, and vegetables, for example, can still be eaten since it’s more difficult for the mold to penetrate them deeply, according to the USDA. Though their molds aren’t any “safer,” you are free to “cut off at least 1 inch around and below the mold spot.” Just make sure to keep the knife out of the mold and wrap the “good” part of the food in a new covering.

Foods that are okay to eat once you cut off mold:

Foods to throw away if you spy mold:

How can I prevent mold from forming?

“Mold growth is encouraged by warm and humid conditions,” according to the USDA (though they can grow in the refrigerator too, just more slowly), and when the mold spores dry, they float through the air and find conditions in which to grow some more moldy friends. So, the USDA recommends keeping your refrigerator clean, keeping your home’s humidity level below 40 percent, examining food for mold before you buy it, purchasing food in small amounts so mold doesn’t have time to grow, covering food with plastic wrap, and eating leftovers within three to four days.

From: Women’s Health US