Home » Austria bets on millions of tests to contain COVID-19

Austria bets on millions of tests to contain COVID-19 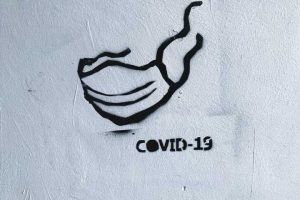 While Austria has struggled to contain the second wave of the coronavirus pandemic, it is fast emerging as a world leader in testing as a way to reopen schools and businesses.

The small nation with a population of just under nine million tested three million people last week alone, with the mass-testing strategy forming a key plank for getting pupils back into the classroom.

Half of those three million tests were administered in schools, where twice-weekly tests have been mandatory since in-person lessons restarted earlier this month.

Only a tiny percentage of parents have refused to have their children tested under the scheme—and those children are not allowed to return to school.

The other 1.5 million tests were carried out at more than 500 dedicated centres, around 900 pharmacies and roughly 1,000 companies.

“Our strategy is to have a high frequency of tests and to make them very easily accessible—it’s the only way to keep the pandemic in check,” Katharina Reich, the health ministry’s chief medical officer, told AFP.

A negative test result, no older than 48 hours, is now required at a range of locations—from hair salons to elderly care homes, or ski resorts.

The seven-day average of daily tests is 24 per 1,000 in Austria, compared to 7.7 in Britain and just 1.77 in neighbouring Germany, according to the Our World In Data website.

“But we want that to be higher—much higher,” Reich said, explaining that the goal is “for 60 to 70 percent of the population to get tested at least twice a week, or even three times a week if they want to see risk groups, like the elderly.”

She says tests are a key weapon in the fight against the pandemic until the vaccine rollout has been completed.

From March 1, every person will be allocated up to five “living-room” antigen tests, so called because they only require a shallow swab of the nasal cavity and so can be done at home.

Yveta Unzeitig, who has already been tested several times because the publishing house she works at participates in the testing drive, said she thought expanding tests was a good idea.

“It sounds smart, but they should do it for everything—with a negative test, I’d also like to be able to go to a restaurant, or for a coffee with friends,” she said, referring to the still closed hospitality industry.

“It sounds like it’d make all of us safer, and like we’d then able to return to normality,” said her daughter Yvonne, who works at an insurance company.

Professor Monika Redlberger-Fritz, head of department at Medical University Vienna’s centre for virology, says that turning up as many cases as possible through testing is “very, very important”.

However, she cautions that a negative antigen result from a nose or throat swab only shows that the person is not highly contagious—not that he or she is not contagious at all.

“Just because you take the test, that doesn’t mean that you can go straight to your grandma and hug her and kiss her,” she said.

FFP2 masks and an interpersonal distance of two metres (six feet) continue to be mandatory in places like stores and public buildings.

Like elsewhere, Austria is also contending with the spread of virus mutations, including the more infectious South African variant.

How successful the millions of tests have been will be evaluated over the coming weeks, especially by looking at changes in intensive care unit capacities, said Redlberger-Fritz.

Increasing testing is partly a response to growing resistance to lockdowns—hundreds now protest against the government’s pandemic measures every weekend—and a widespread “pandemic fatigue”.

The first mass testing drives began late last year, but the initiative seemed to falter as relatively few people turned up to the designated centres: “Mass tests without masses,” ran the headlines.

However, making tests mandatory for some sectors and investing more in public awareness campaigns seems to have had the desired effect.

At one pharmacy in Vienna, 21-year-old Sascha said he, like many Austrians in recent weeks, had got a test “to be able to get a haircut”.