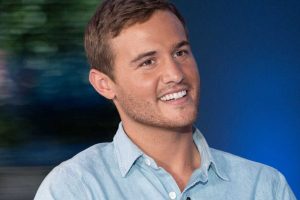 Peter Weber—a.k.a Pilot Pete and the next Bachelor in the franchise—is currently in the hospital in Costa Rica, according to Radar Online.

So what went down? The 28-year-old Bachelor was golfing Costa Rica, which will serve as the next shooting location in the upcoming Bachelor season.

“He went to step on the cart but fell and and split his face open on two cocktail glasses he was carrying,” a source told the outlet, noting that Pete needed 22 stitches across his face.

Several of the contestants were still in Cleveland, Ohio, where the third rose ceremony of the season reportedly took place, and some were flying into Costa Rica the day Pete got injured. Apparently his fall required extensive surgery on his face.

“Everyone is worried about production,” the source said, adding that Pete was sent to a hospital two hours away to see a “surgeon that specialized in his injuries.”

Pete took third place in Hannah Brown’s season of the Bachelorette, and after news broke that he would be the new season’s leading man, he told Good Morning America what kind of partner he’s hoping to meet on the show. “The girl that is as thirsty for adventure as I am and just constantly exploring and never is gonna lose that,” he said. “A girl that family is extremely important to her because for me coming from such a close family that’s that’s my rock.”

“He is pulling through,” the source said, regarding his injuries.