Home » Health News » Bad with faces? There could be a good reason for it

Bad with faces? There could be a good reason for it 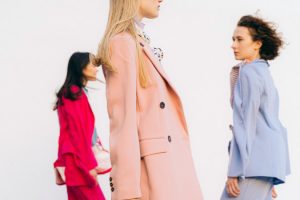 Jowanna can’t count the number of times she’s walked past someone she knows without saying hello. She doesn’t do this because she’s rude. Rather, she suffers from face blindness, also known as prosopagnosia.

It wasn’t until Jowanna was 35 that she first heard of the condition. One day, her mum read her a “fascinating” poem about prosopagnosia. “That’s when the penny dropped,” says the now 51-year-old, who was flooded with relief. “Suddenly everything made sense. It wasn’t that I had a bad memory … there was a logical explanation.” 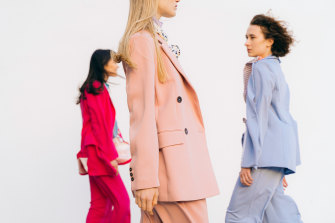 Experts say understanding you can’t identify people because of prosopagnosia, rather than because you’re “not trying hard enough”, is reassuring.Credit:Stocksy

Jowanna’s reaction to hearing she has prosopagnosia is common, says Associate Professor Romina Palermo from the University of Western Australia’s School of Psychological Science. She’s spent years studying the “developmental” or lifelong version of the condition, which is estimated to affect as many as one in 50 people. (It can also be acquired – for instance, following a brain injury.)

Just how “bad” you are at recognising faces varies from person to person with prosopagnosia. Jowanna can identify her immediate family members but not her neighbour, or even her best friend, if she runs into them at the shops. And while Palermo says it’s rare for people not to be able to recognise any faces at all, in 2019 the journal BMC Psychology detailed the case of “J”, a 30-year-old woman who had been face blind her whole life and was unable to recognise her parents, husband or even her own reflection in a mirror.

While Jowanna can recognise her own face, she recalls an instance where she mistook someone else’s face for her own. She was with her son and partner and had hopped out of the car to pick up fish and chips. When she got back, Jowanna tried to open the car door but couldn’t. She thought she could see her own reflection in the window, and simply assumed her family was in the car, too.

“It wasn’t until I heard my partner and son calling me [from another car] that it occurred to me that ‘my reflection’ was looking quite alarmed at me trying to get into the car, and maybe it wasn’t my reflection after all,” Jowanna says with a laugh.

If you can relate to Jowanna’s struggles, you may be tempted to gain an official diagnosis of prosopagnosia. Palermo says online questionnaires and tests, such as the Cambridge Face Memory Test, can help determine that. A neuropsychologist can also offer a formal assessment.

But considering there’s no cure, Palermo says there may be no need for a formal diagnosis if you’ve always struggled with faces. Jowanna agrees, saying she felt no desire to gain an official diagnosis of face blindness to confirm what she already knew.

“Most people are really cool about it. They understand it’s real … and every so often someone else says, ‘Oh, I think I have that, too!’ ”

Instead, Jowanna has found solace in simply knowing her inability to recognise faces isn’t her fault. Palermo says understanding you can’t identify people because of prosopagnosia, rather than because you’re “not trying hard enough”, is reassuring.

While some people prefer to hide the condition, Jowanna tries to tell as many people as she can about it. She prefers to use the term prosopagnosia rather than face blindness “because it sounds like an actual thing”, and says telling others about it has made her life easier: now, when she runs into people, they’re quick to tell her who they are.

“Most people are really cool about it,” she says. “They understand it’s real … and every so often someone else says, ‘Oh, I think I have that, too!’ ”

This article appears in Sunday Life magazine within the Sun-Herald and the Sunday Age on sale October 24. To read more from Sunday Life, visit The Sydney Morning Herald and The Age.

Make the most of your health, relationships, fitness and nutrition with our Live Well newsletter. Get it in your inbox every Monday.

Most Viewed in Lifestyle