Home » Health News » Ben Affleck Did J.Lo and A-Rod’s 10-Day Challenge — and Then Binged on ‘Like 3 Bagels’

Ben Affleck Did J.Lo and A-Rod’s 10-Day Challenge — and Then Binged on ‘Like 3 Bagels’ 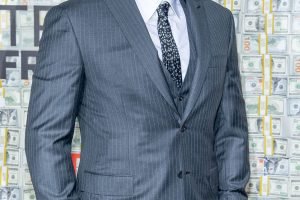 Ben Affleck is feeling good, and it’s all thanks to Jennifer Lopez and Alex Rodriguez’s 10-day challenge!

The actor, 46, decided to tackle the no-sugar, no-carb diet that his former fiancée Lopez and her current boyfriend, Rodriguez, started back in January. Affleck was inspired after the couple talked about it on the Today show and challenged others to join in.

Affleck told Hoda Kotb — who also was one of the few to make it through the program — all about it after she pointed out that he was looking healthy during his appearance on Today on Monday morning.

“When I walked in and saw ya, I said, this guy is looking so good. You look like things are going right in your life,” she said.

“I hate to be shallow about it, but I just did the A-Rod 10-day challenge, which I saw on this show, I got inspired by,” Affleck told her.

The dad of three then teased co-host Carson Daly, who was sitting nearby, for giving up on the challenge.

“I saw Carson Daly bombed out after a day and a half,” Affleck said with a laugh.

“He totally did! He didn’t even make it an hour,” Kotb said.

“I know I can pass the doughnut tray for longer than a day,” Affleck yelled over to Daly, who amiably said, “Not me! Good for you Ben!”

But Affleck then conceded to Daly and Kotb that the 10-day challenge was as difficult as they said.

“It’s not easy! I will admit, Carson, that it was a little bit tough, but I feel better,” he said. “It’s awful for the first couple of days because I am definitely somebody who likes bread and sugar.”

Charlie Hunnam, who was there with Affleck to promote their new movie, Triple Frontier, asked about the diet restrictions.

“No bread, no sugar, no dairy. It was supposed to be no caffeine, I cheated on the caffeine a bit, I have to say,” Affleck said. “But you know, it’s one of those things where it’s terrible and then you get through it and you’re like, ‘Oh, I feel pretty good!’ “

Understandably though, Affleck went straight for the carbs once the challenge was up.

“Of course at the end of the ten days I had like, three bagels,” he said, laughing.

Lopez and Rodriguez invented the challenge in January, at the advice of her trainer, as she prepares to play a stripper in a new movie. And much like Affleck, Lopez said she struggled with the withdrawal symptoms at first.

But Lopez’s cravings died down eventually.

“It was really hard in the beginning, and it was the discipline. I was like, it’s only 10 days, c’mon, you can do this,” she said. “And then it gets a little hard in the middle, and then by the end you’re like, okay.”

Along with revamping his diet, Affleck said on Today that he’s taken major steps in his journey towards sobriety.

“Being an alcoholic, it’s part of my life, it’s something that I deal with,” he told Kotb. “It doesn’t have to subsume my whole identity and be everything but it is something that you have to work at.”

“I had a problem and I really want to address it and I take some pride in that,” he added. “It’s about yourself, your life, your family… we encounter these kinds of hurdles and we have to deal with them.”