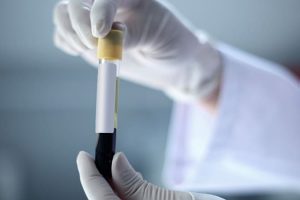 Investigators found that changes in levels of these plasma biomarkers were positively correlated with percent change in amyloid plaque levels as shown on positron-emission tomography (PET).

The results suggest these biomarkers could be used instead of the more expensive, and not always readily available, PET scans to monitor patients taking anti-amyloid agents.

“We probably can’t measure complete amyloid removal with a blood test, but we can see that something’s happening and we know whether or not we’ve got engagement,” study investigator Michael Pontecorvo, PhD, vice president of clinical development at Avid Radiopharmaceuticals, the biomarker arm of Lilly, told Medscape Medical News.

The findings were presented at the American Academy of Neurology (AAN) 2022 Annual Meeting.

The phase 2 trial of donanemab (TRAILBLAZER-ALZ) is a randomized, double-blind, placebo-controlled study in patients with early, symptomatic Alzheimer’s disease (AD). The study included 257 patients. Of these, 131 were randomly assigned to receive donanemab and 126 to receive placebo.

“By the end of the study, amyloid levels in almost 70% of patients had returned to normal ― the kind of levels you’d see in an amyloid-negative, cognitively unimpaired elderly person,” said Pontecorvo.

The analysis showed that plasma levels of P-tau217 and GFAP (a marker of neurologic damage) were significantly reduced after 12 weeks of donanemab treatment in comparison with placebo.

The reduction in levels of these biomarkers was maintained for the duration of the study. This was the case even for participants who achieved amyloid reduction and discontinued taking donanemab, said Pontecorvo.

The changes in plasma P-tau217 and GFAP levels were positively correlated with percent change in amyloid plaque levels on PET (P < .0001 and P < .0001, respectively).

There was a significant positive correlation between the change in plasma P-tau217 and change in tau deposition on PET in the frontal (P = .0019) and temporal (P = .0247) lobes at 76 weeks and a trend toward significance in the parietal lobe (P = .0516).

“What we are showing with these plasma biomarkers is that we can see downstream effects of amyloid; we can see that the amyloid has stopped the new generation of P-tau and has reduced the amount of inflammation going on in the brain,” said Pontecorvo.

“This is perhaps contributing to more than a symptomatic effect but rather to a disease-modifying effect, interfering with the chain that eventually leads to neurodegeneration,” he added.

There were no significant differences in plasma levels of Aβ 42/40 and NfL between treatment arms at 76 weeks. Pontecorvo believes that for Aβ 42/40, “that’s just a commentary on the quality of the particular assay” used during the study.

In addition, the issue with NfL, a marker of neurodegeneration, is that such damage occurs “significantly farther downstream,” said Pontecorvo. “We need longer studies to see an effect on NfL is my hypothesis.”

These new results “open possibilities” for wider use of these blood tests, said Pontecorvo. For example, they could be used to determine when to remove patients from therapy once certain amyloid levels are reached.

They could also be used to check whether a patient who has stopped therapy needs to restart it, he added. “When the blood P-tau starts going up, you probably have significant levels of amyloid starting to come into play, and you may want to get a scan and consider restarting the drug.” However, he added, at this point this is “all speculation.”

Donanemab has been deemed a “breakthrough” medication by the US Food and Drug Administration. Once the company gets results from its ongoing phase 3 trial, it plans to file for approval of donanumab, said Pontecorvo.

“While these results aren’t necessarily surprising, the blood biomarker data analyzed together with amyloid PET, tau PET, and cognition outcomes help to support validation of these tools for future clinical use,” said Edelmayer.

Blood biomarkers may also be useful for tracking treatment effects, she added. “The more we learn about plasma biomarkers, the more we understand about their utility in not only detecting Alzheimer’s-related pathology but also in tracking the effectiveness of newly developed therapies that target that biology.”