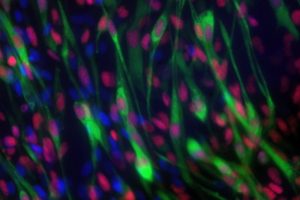 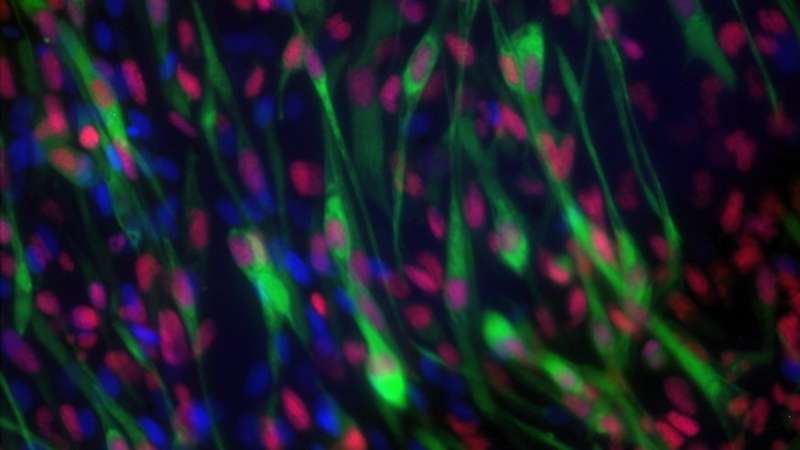 A simple blood test could help guide the treatment of children with the cancer rhabdomyosarcoma, a new study reports.

Researchers found that “liquid biopsy” blood tests could pick up signs that a cancer had returned, assess the severity of the disease, and help guide choice of drugs.

About three-quarters of the children assessed with blood tests before treatment showed key genetic changes in their cancers—some of which could have implications for the children’s treatment.

The promising findings are part of an international collaborative pilot study which is already being taken forward into a large international clinical trial.

Rhabdomyosarcoma is a rare type of cancer that mostly affects children. Less than a third of these children who relapse or whose cancer has spread will survive.

The study, led by scientists at The Institute of Cancer Research, London, involved blood and tissue samples from 28 patients with rhabdomyosarcoma from different centers across Europe, as well as studies in mice.

Researchers assessed whether measuring DNA shed by cancer cells into the bloodstream could track tumor progression and aggressiveness and be a faster and less painful alternative for children than traditional tissue biopsies.

The study is published in the JCO Precision Oncology.

Before analyzing patient samples, researchers first assessed liquid biopsies in mice in the lab. They were able to successfully detect and monitor tumor growth by measuring circulating tumor DNA in mice with rhabdomyosarcoma. The study showed mice could be used to test treatment strategies using liquid biopsies before taking them to patients.

Researchers then looked at patient samples. Some 18 children in the study had blood samples collected prior to treatment and multiple blood tests taken during their treatment to track how their disease progressed.

Around three-quarters (14 out of 18) of children assessed with blood tests before treatment showed key genetic changes in their cancers. Some genetic changes could change their care, such as mutations in genes called MYOD1 and TP53 which are linked to rapid progression of rhabdomyosarcoma. These patients may benefit from more aggressive treatment.

While the findings are promising, the pilot study involves a small number of patients and researchers caution that the findings should be validated in a larger clinical trial—which they are already planning to launch internationally next month.

The ICR is leading in the study of cancers in children, teenagers and young adults. Our researchers, supported by our family charity partners, play a key role in international research efforts that are transforming how these devastating diseases are treated.

‘A key tool to judge prognosis and guide treatment’

Study leader Professor Janet Shipley, Professor of Molecular Pathology at The Institute of Cancer Research, London, said, “Liquid biopsies have the potential to transform how we monitor and treat children with rhabdomyosarcoma. We hope that these simple blood tests can become a less invasive alternative to tissue biopsies, and a key tool to help judge prognosis and guide treatment.

“Our early pilot findings suggest that liquid biopsies can detect early signs of relapse, assess the severity of disease and help guide choice of drug treatment. We’re excited to be taking these findings into an international clinical trial involving larger numbers of children, and we hope we can realize the potential of using liquid biopsies to make children’s cancer treatment smarter and kinder.”

Professor Kristian Helin, Chief Executive of The Institute of Cancer Research, London, said, “We are excited about the potential that liquid biopsies have to improve cancer treatment. It allows us to closely and sensitively monitor how the disease evolves over time. We hope these blood tests can help doctors to treat cancer patients, by predicting and rapidly responding to tumor development. It’s very encouraging to see liquid biopsy technology applied to children with rhabdomyosarcoma, and I hope it can help in providing tailored treatment for these patients, and ultimately increasing survival.”

Alice Wakeling was seven years old when she died from rhabdomyosarcoma. Her parents Sara and David Wakeling set up the charity Alice’s Arc to fund research to find a cure and develop kinder treatments for rhabdomyosarcoma.