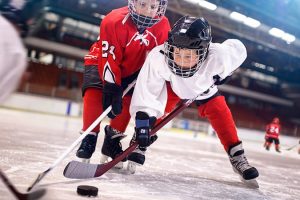 More experience with bodychecking does not protect young ice hockey players against injury such as concussion, new data indicate.

In a prospective cohort study of more than 900 young hockey players, the rates of all injury were almost three times as high among athletes with three or more years of experience of bodychecking, compared with players with two or fewer years of experience.

“There are some in the hockey community that believe gaining bodychecking experience earlier will protect players from injuries, including concussions, when they play in older age categories where bodychecking is allowed,” study author Paul Eliason, PhD, a postdoctoral fellow at the Sport Injury Prevention Research Centre at the University of Calgary, Canada, told Medscape Medical News.

“Because of policy changes that have restricted bodychecking nationally among under-13 leagues, as well as in certain non-elite older age categories, it’s important to evaluate these policy decisions to ensure that no unintended injury consequences have occurred from these policy changes,” he said.

The study was published online June 20 in the Canadian Medical Association Journal.

Eliason and colleagues analyzed data from a prospective cohort of players who played ice hockey in leagues that permitted bodychecking between the 2015-2016 and 2017-2018 seasons in three regions of Alberta, Canada. They invited all hockey associations for the age group that were affiliated with Hockey Calgary, Airdrie Minor Hockey Association, and Hockey Edmonton to participate.

The researchers included teams if the associations could identify a manager or designated team member to report weekly participation and injuries. All players from eligible teams could participate if they had written informed consent and had no previous injury or illness that prevented full participation in ice hockey at the beginning of the season.

The research team included 941 players who contributed to 1168 player-seasons, with 205 players participating in more than one season (183 played two seasons and 22 played for three seasons).

“This suggests that greater bodychecking experience does not protect adolescent players from injury or concussions, and that the policy change to disallow bodychecking had no unintended consequences regarding injury in subsequent seasons,” Eliason said.

Youth ice hockey is one of the most popular sports in Canada, with more than 500,000 players under age 18. Among ages 15-17 years, more than 74,000 adolescents are registered as ice hockey players.

These policy changes have been associated with reduced rates of injury, including concussions, the study authors wrote. Among ages 13-14 years, for instance, similar rates of overall injury and concussion have been found among those with 2 years of bodychecking experience and those with none.

However, despite previous studies, some advocates have argued that gaining experience in bodychecking in younger years may protect players from injuries and concussions in older years.

“It is imperative to stress the importance of taking care of your brain, as it is the only organ that can’t be transplanted and is a vital organ that allows one to walk, talk, eat, and essentially function on a daily basis,” Shelina Babul, PhD, associate director of the British Columbia Injury Research and Prevention Unit at British Columbia Children’s Hospital, told Medscape Medical News.

Babul, who wasn’t involved with this study, has researched concussions and the importance of immediate recognition, diagnosis, and treatment. She developed the Concussion Awareness Training Tool, or CATT, to help players, parents, and coaches identify concussions and take appropriate action.

“Anything we can do to protect our brains, such as having policy in place to disallow bodychecking, which results in a significant reduction in injuries and concussions, is something we should take seriously and consider,” she said.

The study was funded by Alberta Innovates Health Solutions, the Canadian Institutes of Health Research, and the Hotchkiss Brain Institute at the University of Calgary. Eliason and Babul reported no relevant disclosures.