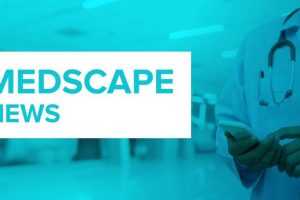 Almost 1 in 4 men and women diagnosed with kidney stones have osteoporosis or a history of fracture at the time of their diagnosis, yet fewer than 10% undergo bone mineral density (BMD) screening, a retrospective analysis of a Veterans Health Administration (VA) database shows.

Because the majority of those analyzed in the VA dataset were men, this means that middle-aged and older men with kidney stones have about the same risk for osteoporosis as postmenopausal women do, but BMD screening for such men is not currently recommended, the study notes.

“These findings suggest that the risk of osteoporosis or fractures in patients with kidney stone disease is not restricted to postmenopausal women but is also observed in men, a group that is less well recognized to be at risk,” Calyani Ganesan, MD, Stanford University, Stanford, California, and colleagues say in their article, published online March 3 in the Journal of Bone and Mineral Research.

A total of 531,431 patients with a history of kidney stone disease were identified in the VA dataset. Of these, 23.6% either had been diagnosed with osteoporosis or had a history of fracture around the time of their kidney stone diagnosis. The most common diagnosis was a non-hip fracture, seen in 19% of patients, Ganesan and colleagues note, followed by osteoporosis, in 6.1%, and hip fracture, in 2.1%.

The mean age of the patients who concurrently had received a diagnosis of kidney stone disease and osteoporosis or had a fracture history was 64.2 years. In this cohort, more than 91% were men. The majority of the patients were White.

Among some 462,681 patients who had no prior history of either osteoporosis or fracture before their diagnosis of kidney stones, only 9.1% had undergone dual-energy x-ray absorptiometry (DXA) screening for BMD in the 5 years after their kidney stone diagnosis.

“Of those who completed DXA…20% were subsequently diagnosed with osteoporosis,” the authors note ― 19% with non-hip fracture, and 2.4% with hip fracture.

Importantly, 85% of patients with kidney stone disease who were screened with DXA and were later diagnosed with osteoporosis were men.

“Given that almost 20% of patients in our cohort had a non-hip fracture, we contend that osteoporosis is underdiagnosed and undertreated in older men with kidney stone disease,” the authors stress.

Perform DXA Screen in Older Men, Even in Absence of Hypercalciuria

The authors also explain that the most common metabolic abnormality associated with kidney stones is high urine calcium excretion, or hypercalciuria.

“In a subset of patients with kidney stones, dysregulated calcium homeostasis may be present in which calcium is resorbed from bone and excreted into the urine, which can lead to osteoporosis and the formation of calcium stones,” they explain.

“Nonetheless, our findings indicate that patients with kidney stone disease could benefit from DXA screening even in the absence of hypercalciuria,” they state.

“And our findings provide support for wider use of bone mineral density screening in patients with kidney stone disease, including middle-aged and older men, for whom efforts to mitigate risks of osteoporosis and fractures are not commonly emphasized,” they reaffirm.

The study was funded by the VA Merit Review and the National Institute of Diabetes and Digest and Kidney Diseases. The authors have disclosed no relevant financial relationships.