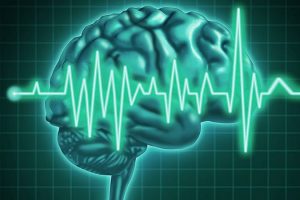 Borderline personality disorder was significantly associated with relapse after 6 months in adults with major depressive disorder who underwent electroconvulsive therapy (ECT), based on data from 109 individuals.

ECT has demonstrated effectiveness for treatment of unipolar and bipolar major depression, but relapses within 6 months are frequent, and potential factors affecting relapse have not been well studied, wrote Matthieu Hein, MD, PhD, of Erasme Hospital, Université Libre de Bruxelles, and colleagues.

Borderline personality disorder (BPD) is a common comorbidity among individuals with major depressive disorder, and previous research suggests a possible negative effect of BPD on ECT response in MDD patients, they wrote.

In a study published in Psychiatry Research, the researchers recruited 68 females and 41 males aged 18 years and older with diagnosed MDD who had partial or complete response to ECT after receiving treatment at a single center. Approximately two-thirds of the patients were aged 50 years and older, and 22 met criteria for BPD. The ECT consisted of three sessions per week; the total number of sessions ranged from 6 to 18.

The primary outcome was relapse at 6 months after ECT treatment. Relapse was defined as a score of 16 or higher on the Hamilton Depression Rating Scale in combination with a mean absolute increase of at least 10 points from the psychiatric interview at the end of the ECT.

In a multivariate analysis, adjusting for age, gender, and mood stabilizer use after ECT, relapse was approximately four times more likely among individuals with BPD, compared with those without (hazard ratio, 4.14). No significant association appeared between increased relapse and other comorbid personality disorders, anxiety disorders, alcohol or substance use disorders, or hospitalization during the ECT treatment period.

Potential reasons for the increased relapse risk among individuals with MDD and BPD include the younger age of the individuals with BPD, which has been shown to increase MDD relapse risk; the direct negative impact of BPD on mental functioning; and the documented tendency to poor treatment adherence, the researchers wrote in their discussion.

“Given these different elements, it seems important to screen more systematically for BPD in major depressed individuals treated with ECT in order to allow the implementation of more effective prevention strategies for relapse within 6 months in this particular subpopulation,” they emphasized.

“The demonstration of this higher risk of relapse within 6 months associated with BPD in major depressed individuals treated with ECT could open new therapeutic perspectives to allow better maintenance of euthymia in this particular subpopulation,” they added.

The study findings were limited by several factors including the retrospective design and the focus on only BPD, which may not generalize to other personality disorders, the researchers noted.

However, the results support data from previous studies and highlight the need for more systematic BPD screening in MDD patients to prevent relapse after ECT, they said.

The study received no outside funding. The researchers had no financial conflicts to disclose.