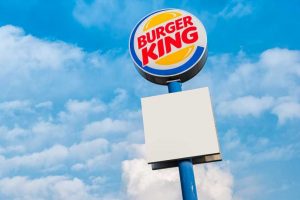 Ah, the Happy Meal. A tiny box full of little chicken nuggets or perhaps a cheeseburger, a little toy, and some apple slices or fries. Seems innocuous…but IS IT? If you’ve ever ordered a Happy Meal with nothing short of rage coursing through your body due to their condescension (not everyone is happy all the time, RONALD!), then Burger King has news for you — they’re releasing a line of “Real Meals” this May as part of an awareness campaign for Mental Health Awareness Month.

Instead of the Happy Meals served at their competitor McDonald’s, Burger King will be serving “Real Meals” which include a Whopper, fries, and a drink. Each one will come in a box expressing a different mood. You can choose from: Yaaas Meal, DGAF Meal, Salty Meal (a little redundant considering the sodium content of their food but OK), Blue Meal, and the regrettably named Pissed Meal (I mean…come on).

There is a catch — you’ll only be able to order a Real Meal while supplies last, and only at five locations in the entire country.

They released a video along with the meal that honestly seems to take their alleged desire to promote mental health awareness a lot more seriously than their actual meals.

“With the pervasive nature of social media, there is so much pressure to appear happy and perfect. With Real Meals, the BURGER KING® brand celebrates being yourself and feeling however you want to feel,” the chain said in a press release.

Yes, the concept itself is a little cheesy, but before we get too incensed that the mega chain is making light of mental health, here’s the good news: BK created the campaign in partnership with Mental Health America, a community-based non-profit that focuses on connecting people with the resources they need and boosting the overall mental health of communities. According to a rep we reached out to, a donation was also made from Burger King to Mental Health America.

It’s nice to see a brand with international recognition speaking out about mental health, even if it’s done in a silly way, and we’re also glad to know that they’re putting their money where their mouth is – otherwise ads like this can seem like little more than pandering.