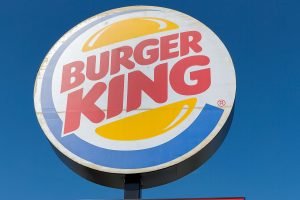 Calling all burger kings (and queens!): Burger King is officially rolling out a vegan-friendly burger to their regular menu.

Starting with 59 store locations in the St. Louis, MO, area, the chain’s debuting a plant-based version of their signature Whopper—sans the beef—using the cult-favorite Impossible Burger meatless patty, according to a report in Forbes. Pending the success of the newest menu item, they’ll bring it nationwide to 7,000+ locations.

Impossible Foods, the makers of the burger, debuted their first eerily-similar-to-meat patty (it even “bleeds”) in 2016, and the meatless patty is also available at other restaurants including White Castle, Bareburger, and Applebee’s.

Impossible says on their website that they created their burger with an “impossible” goal in mind: to replicate everything meat eaters love about a traditional patty—from the smell and sizzle to its nutrition. The brand recently debuted a new 2.0 recipe, which will be showcased at BK, swapping wheat protein for soy, mixed with some potato protein, coconut, and sunflower oil (among other things).

Made to order, the BK burger comes topped with lettuce, tomatoes, ketchup, mayonnaise, sliced onions, and pickles on a toasted sesame-seed bun. Customers can channel their inner Beyonce (read: go completely vegan) by skipping out on the mayo.

But is it as good as its meatier Whopper brother? Selling for only about a dollar more, it’s definitely worth the try.