Can these new compounds treat memory loss in depression? 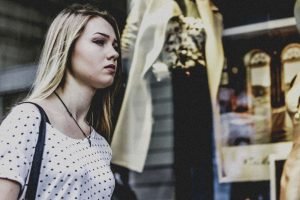 Memory loss is not solely a bedfellow of dementia. It can also be a natural part of the aging process, however unwelcome.

For instance, a study appearing last year in the journal Neurology found that people who were exhibiting noticeable symptoms of depression also had poor episodic memory, the type of memory that recalls specific events.

Recently, researchers from Toronto’s Centre for Addiction and Mental Health in Canada have been working hard to develop new compounds able to reverse memory loss that they believe relates to depression and age progression.

“Currently, there are no medications to treat cognitive symptoms such as memory loss that occur in depression, other mental illnesses, and aging,” notes study author Dr. Etienne Sibille.

However, the new compounds that the researchers have tested in preclinical trials appear to reverse memory loss quickly, plus “fix” the underlying brain mechanisms that cause these problems in the first place.

Dr. Sibille and colleagues conducted a series of studies to find the right compounds and reach their current conclusions. They have published the findings of their most recent study in the journal Molecular Neuropsychiatry.

The team also presented their work earlier this week at the American Association for the Advancement of Science Annual Meeting in Washington, DC.

In the first stage of their research, Dr. Sibille and colleagues searched for and found the disruptions to brain cell receptors in the GABA neurotransmitter system.

Previous research has heavily implicated the GABA system in mental health problems, such as depression and anxiety. The system also helps regulate the communication between certain brain cells and their activity.

Impairments in receptors in the GABA system, the latest researchers believed, were also likely to cause memory loss that related to depression and aging.

In their ongoing research, the scientists developed a series of molecules with the aim of binding to and activating these faulty receptors. This, the researchers suspected, would repair the baseline mechanism and, thus, improve memory loss symptoms.

The new compounds are modified benzodiazepines, a type of sedative drugs that doctors also use to treat anxiety, and which can activate the GABA neurotransmitter system.

In preclinical trials with mice models, the researchers administered a single dose of the new compounds to rodents that had stress-induced memory loss.

Within no longer than 30 minutes, memory function was normal again. The scientists saw this outcome after repeating the intervention in excess of 15 times.

At another stage, the researchers worked with preclinical models of age-related memory impairments. In these cases, too, the recall problems subsided soon after the team administered the novel molecules.

Moreover, in this situation, the models’ cognitive performance increased to 80 percent, a level characteristic of young or early-adult brains. If the researchers administered this treatment daily, the positive effects lasted for more than 2 months.

“The aged cells regrew to appear the same as young brain cells, showing that our novel molecules can modify the brain in addition to improving symptoms.”

In about 2 years from now, Dr. Sibille hopes that he and his team will be able to begin testing the safety and effectiveness of the new compounds in clinical trials that involve human participants.

“We’ve shown that our molecules enter the brain, are safe, activate the target cells, and reverse the cognitive deficit of memory loss,” the researcher says.

The team also notes that the molecules are an important step forward, as their applications will likely be broad, embracing cognitive problems that relate to mental health conditions through to the memory loss that occurs in early-stage Alzheimer’s disease.