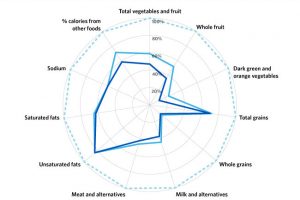 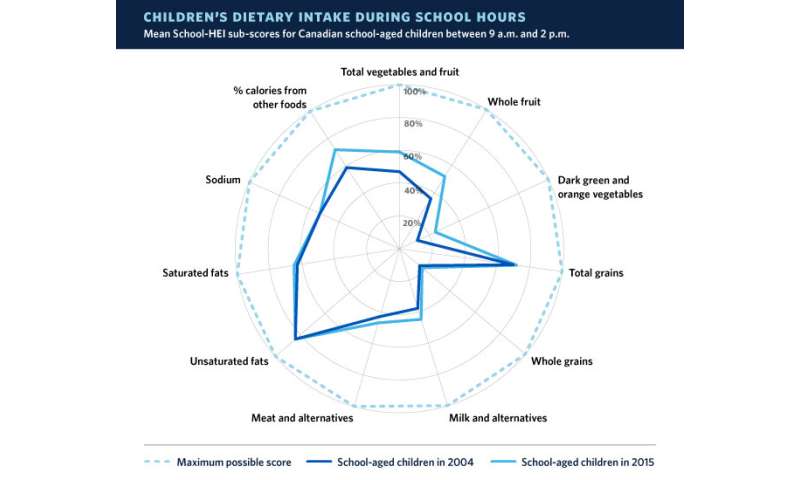 Surveys taken 11 years apart show a 13 per cent improvement in the quality of foods consumed by Canadian children during school hours, a new UBC study has found.

“It’s essential to look at what foods children are eating at school and how their diets have changed over time to identify challenges and opportunities to promote healthier diets among Canadian children,” said Claire Tugault-Lafleur, a postdoctoral research fellow at UBC who was lead author of the study published today in Public Health Nutrition. “Because we had observed dietary differences across age groups and provinces in 2004, we also wanted to see whether children’s diets at school changed the same way for everyone over time.”

Researchers examined data from Canadian Community Health Surveys conducted in 2004 and 2015, involving over 7,000 children across Canada between the ages of six and 17. Respondents provided information about the foods and beverages they had consumed in the previous 24 hours.

The study looked at the nutritional profile of foods consumed during school hours (9 a.m. to 2 p.m.), and during the entire school day, using a holistic measure of dietary quality known as the Canadian Healthy Eating Index (C-HEI). This index assigns a score based on 11 key components of a healthy diet.

The overall quality of children’s diet scores during school hours improved by 13 per cent from what had been reported about a decade earlier. Increased fruit and vegetable intake, and fewer calories from minimally nutritious foods (particularly sugar-sweetened beverages and salty packaged snacks), were responsible for the improvement in total dietary quality scores. Still, as of 2015, the average school-hour diet needs substantial improvement for children to meet recommendations in Canada’s Food Guide.

In both survey years, the lowest school-hour HEI sub-scores were reported for dark green and orange vegetables, whole fruit, whole grains, and milk and alternatives.

Food insecurity—defined as inadequate or insecure access to food due to financial constraints—appeared to be having a greater impact on children’s diet quality at school in 2015. A worrisome finding was that in 2015 (but not 2004), children living in food-insecure households had slightly lower (but statistically significant) diet quality scores compared to children living in food secure households.

Improving children’s eating habits through policies and programs is becoming a priority in Canada. In 2017, the Government of Canada launched a consultation process to develop a national food policy with a focus on improving health and access to affordable food. Canada is the only G7 country without a national school food program, and there is an ongoing petition to implement an adequately funded national cost-shared universal healthy school food program.

“Interventions which help ensure that all Canadians can afford nutritious meals for their children have potential of helping Canadian children move closer towards national dietary recommendations,” said Tugault-Lafleur.