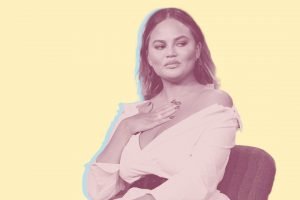 Chrissy Teigen, the social media queen of epic clapbacks, took to Instagram once again to shut down a troll with one of her trademark witty comments. This time, it was a total win for mamas with postpartum bodies.

It happened last week, after the mom of two shared some adorable videos of her two-year-old daughter, Luna, trying out her big girl bed for the first time. Teigen’s videos show Luna getting her first look at her new bed, followed by an adorable clip of the toddler arranging her stuffed animals.

While most viewers were charmed by the sweet videos (both amassed more than four million views), an internet troll had to ruin the moment by posting this comment: “Bikini pics only, you were a model nobody cares about your kids.” Ugh.

The critical comment seems to no longer be on Teigen’s page. But Instagram account @commentsbycelebs regrammed it along with her clapback. “Yeah well now that I’ve had kids you don’t wanna see me in a bikini so it’s quite the dilemma,” she responded.

No such thing as too much Luna. #CommentsByCelebs

This isn’t the first time the Sports Illustrated model has been candid about her postpartum body. In April 2018, a month before she gave birth to her son, Miles, Teigen ​​​​​​revealed to Health that she’s perfectly fine accepting all of the bodily changes that come with pregnancy, including skin changes.

“I am a firm believer that no cream will sew together ripped skin,” she said. “That’s bonkers to me that anyone even buys those, and I’m definitely never going to work for a stretch mark cream thing, but no, just preventative. I just live with the ones I have, I’m cool with that… yeah now I just do what I can.”

In a March 2018 post, she shared that she gained 40 pounds while pregnant with Mlies, “and not one ounce went to my butt.”

Once again, Teigen shut down a hater and scored a win for moms everywhere and their postpartum bodies.

RELATED: 7 Inspiring Things Celebrities Have Said About Why They Don’t Diet