Contraceptive Use Boosted by Enhanced Counseling 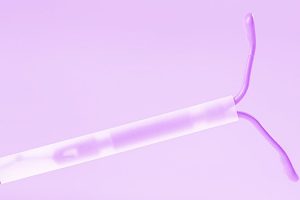 Contraceptive counseling and interventions beyond usual care significantly increased the use of contraceptives with no accompanying increase in sexually transmitted infections or reduction in condom use, based on data from a new meta-analysis.

“Although effective contraception is available in the United States and guidelines support contraceptive care in clinical practice, providing contraceptive care has not been widely adopted across medical specialties as a preventive health service that is routinely offered to eligible patients, such as mammography screening,” lead author Heidi D. Nelson, MD, of Kaiser Permanente Bernard J. Tyson School of Medicine, Pasadena, Calif., said in an interview.

“Access to and coverage of contraceptive care are frequently challenged by legislation and insurance policies, and influential preventive services guideline groups, such as the U.S. Preventive Services Task Force, have not issued recommendations for contraceptive care,” Nelson said.

“The evidence to determine the benefits and harms of contraceptive care as a preventive health service has not been examined using methods similar to those used for other preventive services and clinicians may lack guidance on the effectiveness of contraception services relevant to their practices,” she added.

In a study published in Annals of Internal Medicine, Nelson and colleagues reviewed data from 38 randomized, controlled trials with a total of 25,472 participants. The trials evaluated the effectiveness of various types of contraceptive counseling and provision interventions beyond usual care on subsequent contraception use, compared with nonintervention comparison groups.

Most of the included trials were not powered to distinguish intended versus unintended pregnancy rates, but pregnancy rates were lower among intervention groups, compared with controls.

Five of the selected studies assessed the potential negative effect of contraceptive counseling with regard to increased rates of STIs and two studies examined decreased condom use. However, neither STI rates nor condom use were significantly different between study participants who received various contraceptive counseling interventions (such as advanced provision of emergency contraception, clinician training, and individual counseling) and those who did not (RR, 1.05 and RR, 1.03, respectively).

“These results indicate that additional efforts to assist patients with their contraception decisions improve its subsequent use,” and are not surprising, said Nelson.

The study findings were limited by several factors including the variability of interventions across studies and the lack of data on unintended pregnancy outcomes, the researchers noted. However, the results suggest that various contraceptive counseling and interventions beyond usual care increased contraceptive use with no reduction in condom use or increase in STIs, they wrote.

“Additional research should further evaluate approaches to contraceptive counseling and provision to determine best practices,” Nelson said in an interview. “This is particularly important for medically high-risk populations, those with limited access to care, and additional populations and settings that have not yet been studied, including transgender and nonbinary patients. Research is needed to refine measures of pregnancy intention and planning; and create uniform definitions of contraceptive care, interventions, measures of use, and outcomes.”

The news of a potential overturn of the 1973 Roe v. Wade Supreme Court decision that protects a pregnant person’s ability to choose abortion “shines a bright light on the importance of promoting the use of contraception,” and on the findings of the current review, Christine Laine, MD, editor-in-chief of Annals of Internal Medicine, wrote in an accompanying editorial. “Easy, effective, accessible, and affordable contraception becomes increasingly essential as ending unintended pregnancy becomes increasingly difficult, unsafe, inaccessible, and legally risky.”

The available evidence showed the benefits of enhanced counseling, providing emergency contraception in advance, and providing contraceptive interventions immediately after delivery or pregnancy termination, she wrote. The findings have strong clinical implications, especially with regard to the Healthy People 2030 goal of reducing unintended pregnancy from the current 43% to 36.5%.

Laine called on internal medicine physicians in particular to recognize the negative health consequences of unintended pregnancy, and to consider contraceptive counseling part of their responsibility to their patients.

“To expand the numbers of people who receive this essential preventive service, we must systematically incorporate contraceptive counseling into health care with the same fervor that we devote to other preventive services. The health of our patients – and their families – depends on it,” she concluded.

This story originally appeared on MDedge.com, part of the Medscape Professional Network.