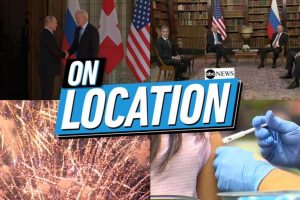 RALEIGH, N.C. — When it comes to deciding whether a sperm donor should pay child support, a judge should follow the paternity laws of the state where the child is conceived, a North Carolina appeals court ruled this week.

The case involved Anthony Garrelts, a North Carolina man who agreed by a “verbal contract” to provide artificial insemination for Ericka Glenn, who wanted to raise a child with her partner. Glenn and Garrelts met in Virginia, and the insemination and pregnancy occurred there before the child was born in late 2011. Glenn — the only parent mentioned on the birth certificate — moved with the child in 2014 to California, where she received public benefits.

In 2019, the Department of Social Services in Warren County, North Carolina, went to court to get Garrelts to pay child support to Glenn, stating he was the child’s father.

Garrelts’ lawyer argued that under Virginia law, a sperm donor is not a conceived child’s parent. But District Court Judge Adam Keith applied North Carolina law, which he said appeared to provide no such exception. He ordered Garrelts to pay more than $13,600 in back child support, $50 per month going forward and to provide the child health insurance. Garrelts appealed.

Writing Tuesday’s unanimous opinion by a three-judge panel, Court of Appeals Judge Darren Jackson said paternity laws are substantive matters rather than just procedural, so the proper choice is Virginia, where all of the pre-delivery activity occurred and where Glenn and the child lived together.

“Following the paternity laws of the state where the child is conceived not only fulfills the parties’ natural expectations, but helps ensure predictable and equitable results,” Jackson wrote, calling the case a “novel choice-of-law issue.” Judge Richard Dietz and Allegra Collins also chose to reverse Keith’s decision. Given the unanimous decision, any appeal to the state Supreme Court would not be automatic.

The appeals court said other unknown facts could affect the lower court’s ensuing ruling. They include whether the insemination occurred with the assistance of a medical facility, and a 2012 Virginia court appearance by Garrelts, Glenn and her partner for Garrelts to “sign over his parental rights” so the partner could adopt the child. The appeals court said documents it received didn’t show the outcome of that hearing.