Covid surge peaks at one in 13 record level 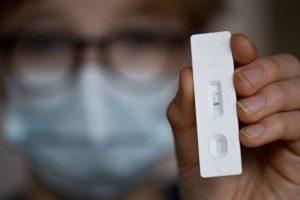 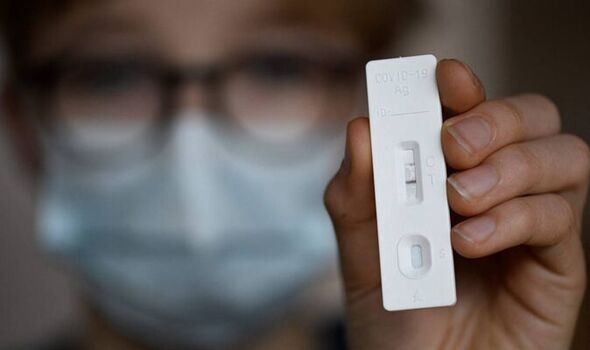 One in 14 in the oldest age group was thought to have had the virus in England in the week to April 2. In the worst rate seen for the 25-to-34 age group, one in 12 was infected.

But the latest virus survey by the Office for National Statistics offers hope that the surge in cases has stalled.

Some 4.1 million – one in 13 – were estimated to have been infected in England, mirroring the previous week.

Sarah Crofts, the survey’s head of analytical outputs, said: “While infections remain high, there are early signs in our latest data that they may no longer be increasing in some parts of the UK.

“It is too early to say if infections have peaked in England and Scotland. We will continue to monitor the data closely.”

However, Kevin McConway, emeritus professor of applied statistics at the Open University, sounded a note of caution.

He stressed that the number of people infected was still the highest recorded, saying: “Infections may well be plateauing in England, but there’s a long way to go before I’ll be comfortable with the situation.

“There are many reports of disruptions simply because many people are away from work due to illness.

“Most of them will recover before too long and, I hope, won’t have long-term consequences.

“But all this sickness can’t be good for the economy.”

Prof McConway added: “Learning to live with Covid doesn’t mean paying no attention to it.” Meanwhile, the NHS has celebrated another vaccine milestone after giving more than 120 million jabs in England.

More than 32,000 people have also received Covid antivirals that can be taken at home.

The drugs are being offered to patients with underlying conditions that make them more vulnerable to severe cases of coronavirus.

Around 6,000 people have received Paxlovid, which trials have found slashed the risk of hospital admission or death by 88 per cent.

Health Secretary Sajid Javid said: “Both of our groundbreaking antivirals – molnupiravir and Paxlovid – are available to those most vulnerable to the virus directly through the NHS.

NHS national medical director Professor Stephen Powis said: “Each and every person treated with the new drugs is testament to how the NHS is doing everything possible to protect those who are at most risk.”