Dad given devastating diagnosis after hospital visit for insect bite 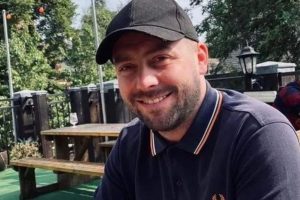 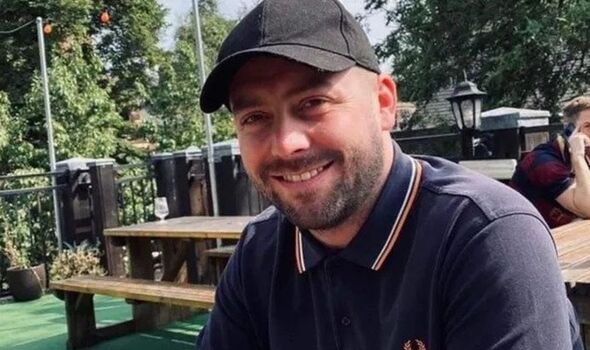 A dad of three who went to the hospital for an infected insect bite received a devastating diagnosis.

Joe Beckwith was bitten by an insect in October 2022, and when it did not heal, his sister advised calling 111 in case it was something serious like sepsis.

On October 19, the 34-year-old, from Leeds, was told to go straight to the hospital to get the bite checked.

Blood tests were done, and Joe went home—only to be called back a few hours later as his results were abnormal.

He was told by doctors that his white blood cell count was extremely high.

In just a few days, this was diagnosed as acute myloid leukemia, a cancer of the white blood cells that progresses quickly and aggressively.

Joe’s sister Leanne told Leeds Live: “Our world came crashing down. It’s been awful – I wouldn’t wish it on anybody.

“If he hadn’t gone in he wouldn’t have a clue – he didn’t have any other symptoms but some night sweats he’d brushed off.

“He couldn’t see his kids at Christmas – he hasn’t been able to see one of them that lives in Liverpool since he was diagnosed.

“We were all ill over Christmas and because his immune system is so weak it was too dangerous for him to see them.

“It’s been really tough and terrible to see. He’s so strong and getting through it – it would mean the world to us just to be able to help him a little.”

Joe was given antibiotics first to counteract his infected bite. Once he was ready, he started chemo on October 27 in the haematology department in the Bexley Wing at St James’s Hospital.

He had chemotherapy for a month and then was able to come home for a bit of a rest.

Joe received the fantastic news on December 9 that his leukaemia was in remission.

Though he does still need to have more chemo and is currently undergoing constant blood and platelet transfusions.

To start his next round of chemo, his extremely low platelet count will need to be much higher.

“He can’t do day-to-day things like go out for a walk as he gets too tired.

“Doctors have advised him not to go out really because his immune system is so low at the moment.

“He’s just seeing the same four walls every day, but he’s taking it all in his stride.”

Joe usually works putting down artificial lawns for people, but has not been able to work while he is receiving treatment and is still waiting for illness claims to come through.

His fiancée Ellie’s mum, Joanne, came up with the idea of raising money for him through the family by pledging to walk over 10,000 steps every day in February.

Leanne said: “There’s such a massive financial burden from cancer.

“We really wanted to do something to help Joe so they don’t have to just rely on Ellie’s income and he can pay his bills.

“It’ll just make things a bit easier for him and his family so he can focus on his health. We don’t want him panicking he can’t pay the bills.

“And Joe said everyone in the Bexley wing is so lovely, so he wanted to do something for them too. So half the money we raise will go to him and half to the Bexley wing.”

As of Tuesday night, Joe’s family has already raised just over £1,500, which Leanne said was wonderful.

“There’s so many kind people out there,” she added.

To donate to the GoFundMe to support Joe while he is in treatment and the Bexley Wing at St James’s Hospital, click here.