Dapagliflozin DELIVERs Regardless of BP in Preserved-EF HF 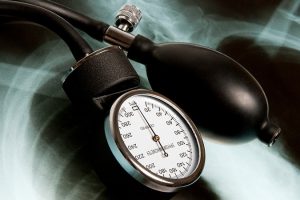 Whatever the mechanism of benefit from dapagliflozin (Farxiga) in patients with heart failure (HF), the drug — and potentially also other sodium-glucose cotransporter 2 (SGLT2) inhibitors — its blood pressure (BP) lowering effects aren’t likely to contribute much.

Indeed, at least in patients with HF and non-reduced ejection fractions, dapagliflozin has only a modest BP-lowering effect and cuts cardiovascular (CV) risk regardless of baseline pressure or change in systolic BP, suggests a secondary analysis from the large placebo-controlled DELIVER trial.

Systolic BP fell over 1 month by just under 2 mmHg, on average, in trial patients with either mildly reduced or preserved ejection fraction (HFmrEF or HFpEF, respectively) assigned to take dapagliflozin vs placebo.

The effect was achieved without increasing the risk for adverse events from dapagliflozin, even among patients with the lowest baseline systolic pressures. Adverse outcomes overall, however, were more common at the lowest systolic BP level than at higher pressures, researchers reported.

They say the findings should help alleviate long-standing concerns that initiating SGLT2 inhibitors, with their recognized diuretic effects, might present a hazard in patients with HF and low systolic BP.

“It is a consistent theme in heart failure trials that the blood pressure-lowering effect of SGLT2 inhibitors is more modest than it is in non-heart-failure populations,” Senthil Selvaraj, MD, Duke University School of Medicine, Durham, North Carolina, told theheart.org | Medscape Cardiology.

Changes to antihypertensive drug therapy throughout the trial, which presumably enhanced BP responses and “might occur more frequently in the placebo group,” Selvaraj said, “might explain why the blood pressure effect is a little bit more modest in this population.”

Selvaraj presented the analysis October 2 at the Heart Failure Society of America (HFSA) 2022 Annual Scientific Meeting, held in National Harbor, Maryland, and is lead author on its same-day publication in JACC: Heart Failure.

The findings “reinforce the clinical benefits of SGLT2 inhibitors in patients with heart failure across the full spectrum of ejection fractions and large range of systolic blood pressures,” said Gregg C. Fonarow, MD, University of California Los Angeles Medical Center, who was not part of the DELIVER analysis.

The study’s greater adjusted risks for CV and all-cause mortality risks at the lowest baseline systolic pressures “parallels a series of observational analyses from registries, including OPTIMIZE-HF,” Fonarow observed for theheart.org | Medscape Cardiology.

In those prior studies of patients with established HFpEF, “systolic BP less than 120 mmHg or even 130 mmHg was associated with worse outcomes than those with higher systolic BP.”

The current findings, therefore, “highlight how optimal blood pressure targets in patients with established heart failure have not been well established,” Fonarow said.

The analysis included all 6263 participants in DELIVER, outpatients or patients hospitalized for worsening HF who were in NYHA class 2-4 with a left ventricular ejection fraction (LVEF) greater than 40%. They averaged 72 in age and 44% were women. Their mean baseline systolic BP was 128 mmHg.

In an analysis adjusted for both baseline and 1-month change in systolic BP, the effect of dapagliflozin on the primary endpoint was “minimally attenuated” compared with the primary analysis, he said. That suggests the clinical benefits “did not significantly relate to the blood pressure-lowering effect” of the SGLT2 inhibitor.

The current study doesn’t shed further light on the main SGLT2 inhibitor mechanism of clinical benefit in nondiabetics with HF, which remains a mystery.

“There is a diuretic effect, but it’s not incredibly robust,” Selvaraj observed. It may contribute to the drugs’ benefits, “but it’s definitely more than that — a lot more than that.”

DELIVER was funded by AstraZeneca. Selvaraj reported no relevant conflicts. Disclosures for the other authors are in the report. Fonarow has reported receiving personal fees from Abbott, Amgen, AstraZeneca, Bayer, Cytokinetics, Edwards, Janssen, Medtronic, Merck, and Novartis.