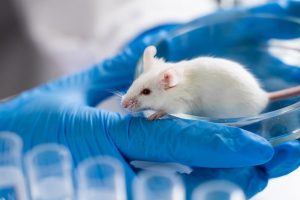 In a recent study published in Vaccines, researchers bioengineered a divalent fusion vaccine by combining the immunogenic region of the nucleocapsid (N) protein and receptor-binding domain (RBD) of the spike (S) protein of the severe acute respiratory syndrome coronavirus 2 (SARS-CoV-2).

They evaluated the safety and efficacy of the fusion vaccine in inducing cross-protective immunity against SARS-CoV-2 variants in mice.

Several viral S protein-based vaccines such as vector vaccines and messenger ribonucleic acid (mRNA) vaccines have been administered globally to induce immune cross-protection against SARS-CoV-2. Despite the use of these vaccines, coronavirus disease 2019 (COVID-19) numbers continue to rise due to the constant emergence of multiple SARS-CoV-2 variants with enhanced transmissibility.

Thus, studies have tried to incorporate other viral proteins such as N to generate robust cross-protective immune responses against SARS-CoV-2 variants.

In the present study, researchers developed a divalent antigen vaccine comprising a viral fusion protein, and evaluated the cross-immunogenicity and safety profile of the fusion vaccine against several SARS-CoV-2 variants in a mouse model.

The fused and purified protein (VieVac) was transfected with Escherichia coli and baculovirus and subsequently amplified in insect cells using polymerase chain reaction (PCR). This VieVac protein was immunoblotted to an aluminum phosphate- and aluminum hydroxide-based adjuvant (Imject™ Alum) for evaluating the adsorption of the recombinant divalent component antigen. Subsequently, this protein was adsorbed onto the Imject™ Alum adjuvant for reducing the required antigen amount.

Sera of mice samples were obtained two and four weeks post-prime vaccination and subjected to an enzyme-linked immunosorbent assay (ELISA) for determining the immunoglobulin G (IgG) titers against the Omicron, Alpha, Gamma, and Delta variants two weeks after the booster dose. Additionally, the durability of IgG antibody response was determined after three months.

The stimulation of T cells by the divalent construct was determined based on the presence of cytotoxic effector lymphocytes. Additionally, the ex vivo T lymphocyte stimulation by N-specific and S-RBD-specific peptides was measured by the upregulation of the cluster of differentiation 44 (CD44) in CD8+ and CD4+ T lymphocytes among the test and control mice.

Gene expression in blood and spleen were measured by quantitative PCR four weeks post initial vaccination. In addition, the brain sections of the test mice were subjected to immunohistochemistry (IHC) analysis.

In comparison with the Alpha variant at 10-2 titers, the immune response decreased by 63% and 43% for the Gamma and Delta variants, respectively. However, comparable end titers ranging from 5 × 10−3 to 10−4 were observed three months post-booster dose in all except one mouse for the Gamma, Delta, Omicron, and Alpha variants. This indicates that the divalent VieVac antigen vaccine conferred equivalent and durable cross-protection against the SARS-CoV-2 variants.

In peripheral blood, the Addavax Vax™/VieVac immunized mice demonstrated a four-fold and 4.6-fold increase in perforin mRNA and granzyme A expression, respectively, compared to controls. However, the change in target gene expression was not statistically significant.

Additionally, there was an increase in the number of cytotoxic effector molecules in the peripheral blood lymphocytes. The CD44 expression was also upregulated in the CD8+ and CD4+ lymphocytes upon ex vivo stimulation.

Of note, no adverse effects such as weight loss or neurological complications were reported.

According to the study findings, the recombinant divalent VieVac antigen approach could be an effective, durable, and safe substitute for the current mRNA vaccines for the induction of cross-protective immunity against the SARS-CoV-2 variants.

Dr. based clinical-radiological diagnosis and management of oral lesions and conditions and associated maxillofacial disorders.