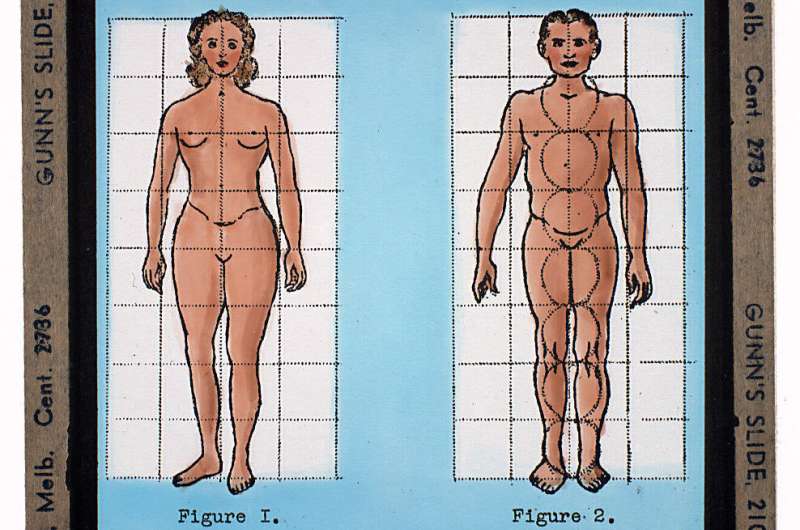 Some physical traits that differ between sexes are known to be linked to certain single nucleotide polymorphisms (SNPs) in chromosomes other than the X and Y chromosomes, with each SNP representing a difference in a certain DNA building block in a particular stretch of DNA. New research now suggests that many of these “sex-heterogenous” SNPs also contribute to a person’s risk for a variety of diseases. Michela Traglia and colleagues at the University of California San Francisco, U.S. present these findings May 5th in the open-access journal PLOS Genetics.

Everyone’s genome contains millions of SNPs, and researchers have discovered many associations between certain SNPs and people’s distinct traits. Understanding SNPs has a variety of applications, such as predicting how well a particular medicine might work for a given person or learning which genes contribute to a particular disease.

Traglia and colleagues previously found that SNPs associated with certain differences in physical traits between men and women—such as waist-hip ratio and basal metabolic rate—may also affect the biology of autism spectrum disorder and other complex diseases. Now, they have built on that work, leveraging two publicly available genome-wide statistical datasets to identify an updated list of 2,320 sex-heterogeneous SNPs.

Analysis of these SNPs revealed that they are also statistically associated with a variety of health-related traits and diseases, some with strong sex bias and some without, including schizophrenia, type 2 diabetes, anorexia, heart failure, and ADHD.

Further investigation showed that these SNPs are located in stretches of DNA that are either within or near genes involved in skeletal and muscle development in a growing embryo. In addition, these SNPs appear to play a role in regulating gene expression and DNA methylation, which are fundamental processes by which a person’s DNA is translated into their distinct biology and traits.

Overall, the researchers conclude that the identified SNPs play a role in early-life biological processes that not only shape traits that are distinct between sexes, but also affect health and disease risk later in life. Further research will be needed to better understand the biological mechanisms that underly this role of sex-heterogeneous SNPs.