Dr Nighat says aspirin can reduce risks of some cancers

Although cancer represents a terrifying prospect, research suggests that your risk can be modified to some extent. According to Doctor Nighat, one popular painkiller could help erect a barrier against some types of cancer.

Between a healthy diet and exercise, there are various interventions that can help cut your risk of the deadly condition. However, a new study, published in the journal Open Biology, suggests that staving off cancer could be as simple as taking aspirin.

READ MORE: Cholesterol: The fruit that when eaten once a day could decrease ‘bad’ cholesterol levels 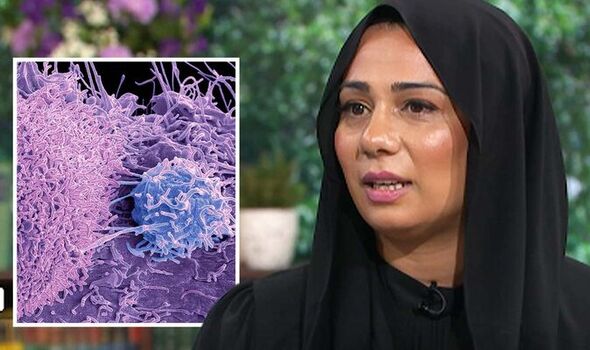 Doctor Nighat said: “In 2021, there was a meta-analysis that was done, looking at aspirin.

“We know it’s an anti-inflammatory, it reduces inflammation around the body. We use it for the reduction of fever.

“And also it’s a blood thinner, so we give it to patients who had heart attacks.

“What the meta-analysis study in 2021 showed, after looking at 101 studies that assessed the impact of aspirin, it does three things.

“So this is a great study and it shows that you can have 75 milligrams, which is the standard dose or we say the baby dose of aspirin, up to 300 milligrams, which we would give to somebody who had a heart attack and they need that for treatment.

“As long as you’re taking, that’s a really good thing to do.”

The doctor also added that you should discuss the pros and cons of whether you should pick up the painkiller to ward off cancer with your doctor. 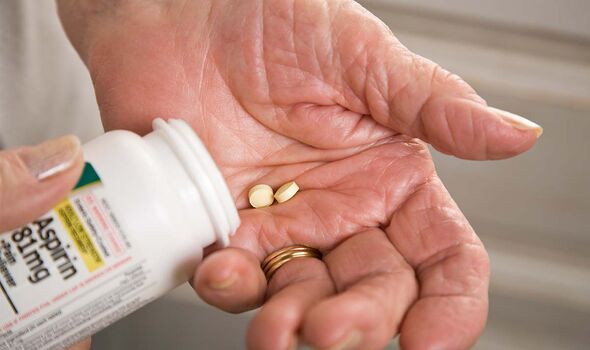 The research team from Cardiff University found direct evidence that those who took the anti-inflammatory drug survived from cancer for longer.

They also identified the key mechanisms, including reduction in cancer-related inflammation and abnormal clotting, that could explain the effect.

In fact, a number of studies in the review, suggested that aspirin could boost cancer survival chances by about 20 percent.

However, the team also stressed that further evidence is currently needed as the results varied greatly between the trials.