Dr. Pimple Popper Doesn't Even Know What She Just Popped In This New Instagram Video 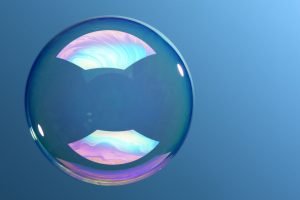 Dr. Pimple Popper (a.k.a. dermatologist Sandra Lee, MD) loves playing with her fans on social media. And, in her latest Instagram video, she took her followers on a pimple-popping mystery.

“We’ve got a #mystery POP on our hands today!” she captioned a video that showcases a bump on a woman’s forehead that’s either a “mystery bump” or lipoma, a lump under the skin that happens due to an overgrowth of fat cells.

After showing a still of the woman’s forehead (mystery bump included), the video cuts to the woman’s bump sliced open. Dr. Pimple Popper is all up in there with her tweezers and a knife, before getting to the main event: actually squeezing the bump.

We’ve got a #mystery ?POP?on our hands today! Head over to #youtube and cast your vote for A Mystery Bump or a Lipoma In Disguise! ??‍♀️?❓ #drpimplepopper

We’ve got a #mystery 💥POP💥on our hands today! Head over to #youtube and cast your vote for A Mystery Bump or a Lipoma In Disguise! 🕵🏻‍♀️💥❓ #drpimplepopper

The doctor can be heard apologizing to the patient as she squeezes and re-squeezes (the patient assures her that she’s okay) and some blood oozes out. Then, she starts digging around in the hole with a pair of tweezers and uses a pair of scissors to open up the gash even more.

You can see the doctor grab onto something red with her tweezers and tug a bit—and then the video cuts out (what a tease!).

Luckily, the entire video is also on YouTube, and it’s about eight minutes long. Unlike typical Dr. Pimple Popper videos, there wasn’t a massive gush of goo in this one—just a bunch of blood, a tiny red ball she cut out, and then stitches.

In fact, even Dr. Pimple Popper herself doesn’t seem to know what she just extracted. At the end of the procedure, she can be seen rolling around the red ball (which looks like a red Skittle, tbh). “It was probably a lipoma,” she says.

Frankly, this was pretty tame by Dr. Pimple Popper standards. So, if you’ve been interested in watching her videos but need a training wheels video before going all in, this is your best bet.