Dr. Pimple Popper’s Latest Video Is So Satisfying It's Addicting 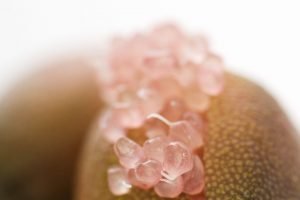 Dr. Pimple Popper does not miss a beat—or a bump for that matter.

The derm, a.k.a. Sandra Lee, MD, just shared a new video on Instagram featuring not one, not two, but five (!!) extractions of milia, which are “hard white cysts under the skin,” Joel Schlessinger, MD, previously explained to Women’s Health.

It’s difficult to determine if all of the removals are going down on one patient’s body or if it’s a compilation of multiple milia moments, which a derm such as Dr. P likely experiences on the reg. But it doesn’t really matter once you realize where these bad boys are located: one on the forehead, one in the ear, one behind the ear, and two on the neck.

Turns out wax isn’t the solo yuck that you can find in your ears—and Dr. Pimple Popper’s post proves that.

After she removes the first tiny white bump located above the eyebrow that she describes as “a cute one,” she jiggers her extraction tool back and forth over an ear milia to remove a larger—but still no where close to the size of those lipomas—ball of thick, white ick. As Dr. Pimple Popper tries to get the substance out of the ear, she goes right ahead and says, “oooh! You’re going to be a favorite one.” Yup, the doc’s talking to the gunk, which, btw, occurs when “dead skin deposits form,” Schlessinger previously told Women’s Health.

Next up? Milia behind the ear that Dr. P squeezes out with her gloved fingers. Then she returns to the tools for two milia on the neck, one of which gets the attention of someone in the background who says, “that one was awesome! That popped right out.”

Taking the whole ~masterpiece ~ to the next level is the caption, which in true Dr. Pimple Popper form invokes some sort of pop culture reference or pun. Today’s? “Who’s ready for #milia Madness?! 🙋🏻‍♀️💥 #drpimplepopper #miliamadness.” *giggles*

ICYMI today marks day two of NCAA’s March Madness, so clearly Dr. P is keeping up with the college tourny. Even though her alma mater UCLA didn’t make it this year, she keeps on scoring points with her pimpley posts.