Dwayne Johnson health: ‘The Rock’ actor was left ‘crying constantly’ due to depression 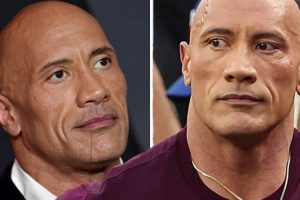 The star, whose many films include Moana, the latest Jumanji series and the Fast and Furious franchise, which he helped become one of the highest grossing film franchises, is a larger-than-life positive character and is in many ways synonymous with the ideas of what it means to be “macho”. But in past interviews, Johnson, 49, has spoken plainly about the mental health struggles he has faced, especially as a teenager. As well as his own depression, Johnson opened up about his mother’s suicide attempt when he was just 15 years old and how he has learned to cope with his struggles.

“The first time I had experienced depression, I was 18 years old, and I had no idea what depression was,” he said. “Back then, depression was also called ‘get off the couch and get your s*** together and change what’s happening here’.”

Sharing the experiences of his mother’s suicide attempt on Instagram back in 2018, the star shared how it had a profound impact on his own.

“Struggle and pain is real,” he expressed. “I was devastated and depressed. I reached a point where I didn’t want to do a thing or go anywhere. I was crying constantly.”

In a 2021 survey, it was found that one in six people aged 16 and above has experienced symptoms of a common mental health problem such as anxiety and depression in the past week.

The prevalence of depression in particular started to rise after the start of the Covid pandemic. In surveys taken between July 2019 and March 2020 prevalence was 10 percent, but this rose to 19 percent by June 2020 and 21 percent by January to March 2021.

There are multiple mental health conditions that affect individuals in different ways, but one of the most common is depression, which Mind, a UK-based mental health charity defines as a low mood that lasts for a long time and affects your everyday life.

In its mildest form, depression can mean just being in low spirits. At this grade it doesn’t stop individuals leading a normal life but makes everything harder to do and seem less worthwhile. But at its most severe, depression can be life-threatening and can sometimes make individuals feel suicidal.

There are some specific types of depression that tend to affect individuals after certain life events or at different times of year. These include:

Although depression can affect individuals differently, with not everyone experiencing the same symptoms, the NHS advises that if you or someone you know has been experiencing any of the following symptoms for more than two weeks, you should seek medical advice.

The common symptoms to look out for include:

After seeking help for his problems, Johnson went on to say that he feels “communicating” and asking for help is the “most powerful thing you can do”.

He added: “As a matter of fact, asking for help is our superpower.

“We as men have a tendency to hold all that in which is not healthy, it’s not good. Depression doesn’t discriminate so if my past can help then I’m happy to share.

“We both healed but we’ve always got to do our best to pay attention when other people are in pain. We have to help them through it and remind them they are not alone.”

One of the most effective treatments for depression is talking therapies, such as cognitive behavioural therapy (CBT) or interpersonal therapy (IPT). Talking therapy involves talking to a trained professional about your thoughts, feelings and behaviour. It aims to help individuals work out where negative feelings and ideas come from and why they are there.

CBT, in particular, usually consists of six to 12 sessions and takes a more structured approach in comparison to other therapies. It looks at specific problems rather than how you feel more generally and will aim to change the way individuals react to their thoughts.

Many people with depression benefit by making lifestyle changes, such as getting more exercise, cutting down on alcohol, giving up smoking and eating healthily. The NHS also recommends reading a self-help book or joining a support group, as they can help you gain a better understanding about what causes you to feel depressed.