Early-life acquisition of antibiotic resistance in neonates from developing countries 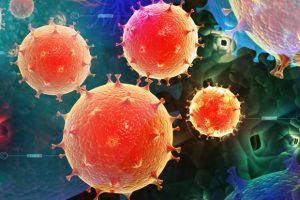 Every year, almost 7 million potentially serious bacterial infections are estimated to occur in newborns, resulting in more than 550,000 annual neonatal deaths. Most of these infections and deaths happen in LMICs, where often scarce resources can limit the capacity to diagnose and treat sepsis. These problems are further complicated by the global rise of antimicrobial resistance (AMR), particularly the rapid spread of gram-negative bacteria that are resistant to antibiotics – including Klebsiella pneumoniae, Escherichia coli, and Enterobacter cloacae that are no longer susceptible to ß-lactam antibiotics, such as ampicillin and ceftazidime. AMR is already estimated to account for approximately 5 million deaths a year worldwide, and has been predicted to result in 10 million annual deaths by 2050.

Despite neonatal sepsis representing such a major health problem in LMICs, it is still unclear how, when, and where newborn babies acquire life-threatening infections. Furthermore, the factors associated with the presence of AMR in these cases are also still being elucidated. For example, there have been no studies in LMICs examining whether the presence of antibiotic-resistant bacteria in mothers is linked to the development of sepsis in their newborns.

In a new study published in Nature Microbiology, Dr. Maria Carvalho, Dr. Kirsty Sands and a network of international colleagues decided to look at the presence of antibiotic resistance genes (ARGs) in the gut microbiota – the collection of microbes that are present in the human gut – of mothers and their babies from 7 LMICs in Africa and South Asia. As part of the "Burden of Antibiotic Resistance in Neonates from Developing Societies" study, or BARNARDS – a network of 12 clinical sites across Bangladesh, Ethiopia, India, Nigeria, Pakistan, Rwanda and South Africa – they recruited 35,040 mothers and 36,285 neonates. From these, they collected 18,148 rectal swabs (15,217 from mothers and 2,931 from neonates, including 626 with sepsis), which were used to grow the bacteria present in these samples and assess the presence of clinically important ARGs in the microbiota of mothers and their babies. The authors found that a large number of samples carried genes linked to antibiotic resistance, suggesting that AMR is far more widespread in these settings than previously anticipated. For example, samples from around 1 in 5 neonates (18.5%) were positive for blaNDM, a gene that encodes New Delhi metallo-beta-lactamase, which is an enzyme that can destroy ß-lactam antibiotics including the commonly used carbapenems, resulting in the bacteria being resistant against this drug. Importantly, the researchers found that ARGs were present in neonates within hours of birth, indicating that initial colonisation of the newborns with antibiotic-resistant bacteria occurred at birth or soon after, likely through contact with the mother or from the hospital environment.

The samples collected from mothers and neonates were also used to identify the bacteria resistant to antibiotics. In total, the authors isolated 1,072 gram-negative bacteria, with the majority of these being K. pneumoniae, E. coli and E. cloacae. Whole genome sequencing revealed that while these bacteria are quite diverse across different locations, there are clear clusters associated with specific countries and hospitals. The BARNARDS team identified some cases in which bacterial isolates were shared by different neonates attending the same clinical site, suggesting that in some cases transmission of resistant bacteria from the hospital environment or between newborns may have occurred. Furthermore, the genomic analyses showed that some E. coli isolates were indistinguishable between mothers and newborns, supporting that mother-to-child transmission may occur during or after labour.

Finally, the researchers identified risk factors associated with the carriage of ARGs, looking at features associated with water, sanitation, and hygiene (WASH) and prior infections. The team found that frequent handwashing by mothers reduced the risk of carrying resistance genes (compared to occasional handwashing), whereas this risk was increased if mothers had reported an infection or taken antibiotics in the 3 months prior to being enrolled in the study. The carriage of such ARGs by mothers was also associated with an increased risk of adverse birth outcomes and neonatal sepsis.

These findings demonstrate the high prevalence of antibiotic resistance in the microbiota of mothers and their neonates in LMICs, including within hours after birth. Furthermore, the study highlights that better understanding the routes of ARG transmission, including mother-to-child and within the clinical environment, is essential to prevent neonatal sepsis. Finally, the results reinforce the importance of access to safe water, sanitation, and good hygiene to reduce AMR and lower neonatal sepsis and mortality rates in LMICs.

Professor Tim Walsh, who supervised the study, stressed the novelty of the findings: "This article demonstrates two novel observations. The first is that the incidence of AMR carriage, including carbapenem resistance, is extremely worrying, not only in South Asia but also in some parts of Africa. The second is that the incidence of carbapenem resistance is really high in newborn babies, demonstrating that AMR carriage occurs within a few days of life. Clearly, this research poses many questions about transmission and also about how the acquisition of these drug-resistant strains might impact on the growth of the baby – questions we are currently working to address within the IOI and with our collaborators."

Dr. Kirsty Sands, who co-led the study, highlighted how the study starts to elucidate the factors governing the spread of AMR: "The BARNARDS group worked together for over seven years to produce one of the largest studies that analyses gut bacteria of women and their neonates. This study shows that transmission dynamics can be very complex, as we found links between carriage, infection, and sanitation and hygiene. We need to continue our research to fully understand these transmission dynamics, which could help to guide better infection prevention and control measures."

As explained by Dr. Maria Carvalho, who co-led the research, the study also promoted capacity building in local sites: "BARNARDS developed and implemented a standardised methodology to attain the common objective of minimising the impact of morbidity and mortality in neonates from African and South Asian countries. We also looked at the specific needs for each site. For example, BARNARDS set up an additional maternity ward (20 beds) and a Microbiology Lab in the Murtala Muhammad Specialist Hospital Kano, Nigeria. Capacity building throughout the network at different levels (clinical, research and outreach) was a big achievement of BARNARDS."

Dr. Rabaab Zahra, who led the study in Islamabad, Pakistan, stressed the importance of these findings for understanding and controlling the spread of AMR: "Based on our knowledge of AMR prevalence, we had speculated certain levels of resistance in neonates but didn't think this started so early on in life. This raises concerns about our policies on antibiotics use, along with hygiene and infection control practices in healthcare facilities."

The impact of the study in informing current practices in some of the hospitals was also highlighted by Dr. Fatima Modibbo, who co-led the study in Kano, Nigeria: "Prior to the start of the research at the hospital in Kano, blood cultures were not routinely implemented. However, during the study we were able to identify bacterial resistance patterns in blood cultures of neonates presenting with sepsis that led to life saving changes in empirical drug treatments and a reduction in the neonatal mortality rates."