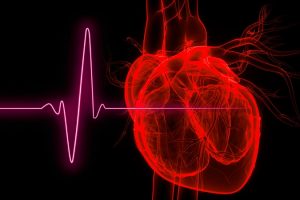 When the PCSK9 inhibitor alirocumab is added to high-intensity statins soon after an acute myocardial infarction (AMI), the reduction in atheroma volume is doubled at 12 months, compared with placebo, while other key signs of plaque stabilization, such as fibrous cap thickness, are also significantly and substantially improved, according to the results of the PACMAN-AMI trial.

The study is consistent with other PCSK9 inhibitor trials, supporting the concept that “we should be seeking very low levels of LDL-C in high-risk patients,” reported Lorenz Räber, MD, PhD, of Bern (Switz.) University Hospital, at the annual scientific sessions of the American College of Cardiology.

The low LCL-C target, the data from PACMAN-AMI suggest, is below 50 mg/dL, but even lower is better. When displayed graphically, the improvements in remodeling characteristics “get very steep” as levels descend below a 50 mg/dL threshold, Räber reported. This was true regardless of study arm.

In PACMAN-AMI, 300 AMI patients (with either ST-elevation or non-ST-elevaion) were randomized to 150 mg alirocumab or placebo administered by subcutaneous injection within 24 hours after an urgent percutaneous intervention (PCI) and stent placement. All patients received their assigned therapy on top of a high-intensity statin in the form of 20 mg of rosuvastatin daily.

The imaging measures taken at baseline were repeated in exactly the same spot after 52 weeks on treatment.

For the primary outcome of atheroma volume, the mean 2.1% reduction among those randomized to alirocumab was more than double the 0.9% reduction in the placebo group (P = .001).

From baseline, the relative reductions in LDL-C, which were reached about 4 weeks after starting treatment and maintained over the course of the study, were greater in the group randomized to alirocumab (-84.8% vs. -50.7%). This was expected, but the more important finding was a near linear relationship between reductions of LDL-C and each of these endpoints regardless of treatment, fully explaining the advantage of alirocumab, according to Räber.

For the addition of alirocumab, “these findings indicate incremental coronary plaque regression, lipid core reduction, and plaque stabilization, and provide a mechanistic rationale in favor of early initiation of very intensive LDL-C lower in the setting of an acute MI,” he said.

The results of the PACMAN-AMI trial were published simultaneously at the time of the ACC presentation.

Alirocumab was well tolerated. Injection site reactions (6.1% vs. 3.3%) and general allergic reactions (3.4% vs. 0%) were more common on alirocumab, but there were no significant differences between the arms of this study for serious adverse events. There were slightly more neurocognitive events (2.0 vs. 0%) and abnormal alanine transferase levels (0.7% vs. 0%) in the alirocumab group.

The data are generally consistent with two previously published trials with another PCSK9 inhibitor, according to Räber. In the randomized GLAGOV trial published more than 5 years ago, evolocumab also produced about a 1% absolute reduction (P < .001) in plaque volume at the end of 78 weeks of follow-up relative to placebo.

However, that trial was limited to patients with coronary artery disease without a recent cardiovascular event. The more recent HUYGENS trial, which was presented virtually at the 2021 annual meeting of the European Society of Cardiology meeting and has not yet been published, looked at one of the endpoints also evaluated in PACMAN-AMI. In that study of 161 randomized NSTEMI patients, there was also about a doubling of fibrous cap thickness (42.7 vs. 21.5 mcm) for the PCSK9 inhibitor relative to placebo.

Clinical endpoints were not compared in either the PACMAN-AMI or HUYGENS trial.

“This provides more evidence of the mechanism of benefit, which I think is extremely important when talking to patients about the goals of therapy,” he said.

“This study shows that if you get LCL-C under 50 mg/dL regardless of treatment, there is a favorable remodeling effect,” Morris said. In AMI patients, the data confirm “go early and go low,” she added. “You should do whatever is necessary [go get to these lower targets].”