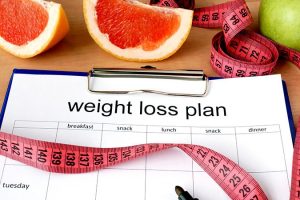 Stockholm, Sweden — If a person with type 2 diabetes in a weight loss program hasn’t lost 0.5% of their body weight within the first 4 weeks further intervention is needed, new research suggests.

The data, from the National Health Service (NHS) Greater Glasgow and Clyde Weight Management Service (GCWMS), will be presented September 22 at the European Association for the Study of Diabetes (EASD) 2022 Annual Meeting by Lulwa Al-Abdullah, a PhD student at the University of Glasgow, UK.

The GCWMS, like other weight management services used throughout the NHS, emphasizes behavioral change techniques to alter diet and physical activity, with sessions delivered every 1 to 2 weeks. Participants are typically asked to follow the program for 3 to 4 months, with the aim of losing at least 5% of their body weight at the end of treatment and maintaining the weight loss at follow-up, Al-Abdullah said.

“Despite the success of these programs, it is still challenging to achieve and maintain clinically significant weight loss due to high dropout and poor adherence rates of participants undertaking the program. In this project, we wanted to identify demographic, clinical, and process factors that are associated with and predictive of short and medium-term successful weight loss,” she explained.

As it turned out, early weight loss was the sole predictor.

No other factor the investigators examined, including type of diabetes medication, made a difference. This suggests that simply referring patients to weight loss programs without assessing their early progress is insufficient, lead author Jennifer Logue, MD, PhD, professor of metabolic medicine at Lancaster University, UK, at the time of the study, told Medscape Medical News.

Most People Just Drop Out

“It’s not that people get to the end and say, ‘Oh I haven’t been successful.’ They don’t get to the end. They just drop out. And when they drop out that can be worse for them because we know that people with obesity have a lot of not just external stigma but internalized self-stigma…and that makes matters even worse,” she explained.

“You don’t want to go back and tell your [physician] that you failed…We need to concentrate our efforts on those people who aren’t reaching that threshold early before we lose them and before we cause harm,” said Logue, who will become an AstraZeneca employee on September 19.

And for those who haven’t lost half a percent of body weight at 1 month, “We should be saying why is this not working and what do we need to change for that individual?” she added.

The problem may be something modifiable, like they simply didn’t understand the diet. Or they have appetite dysregulation that can be overcome with pharmacotherapy or bariatric surgery.

Or, they may need a waiting period. “It might be that some people have something else going on in their life and this may not be the time for behavior change. They may have some other stresses that make it impossible, so they should deal with those things and come back when they’re ready,” Logue advised.

Asked to comment, Amy E. Rothberg, MD, told Medscape Medical News: “Although I am surprised that 0.5% was the threshold, my group at Michigan and other investigators have shown that early weight loss is a predictor of both short- and long-term weight loss success.”

Unlike the UK program, her center uses total diet replacement, which typically leads to 5% weight loss in the first 4 weeks.

Rothberg, director of the Michigan Medicine Weight Management Program, Ann Arbor, added: “It is also reasonable to use a threshold for weight loss as an indicator of whether that individual should continue in a particular intervention or try an alternative strategy…Four weeks is adequate time, although there may be some extenuating factors, and so a short period of re-intensification with the intervention of about 2 weeks might be justified before referring to alternative treatments.”

And with regard to people with type 2 diabetes, in particular, she said: “I think those who have diabetes and are taking weight-potentiating medications such as insulin may have a slightly harder time losing as much weight, but nevertheless can lose weight. I don’t think that diabetes versus no diabetes would make any difference in achieving a 0.5% weight reduction at 4 weeks. This is a low bar.”

By studying people with diabetes, the investigators were able to follow their weights that were taken at diabetes visits even if they dropped out of the weight loss program, Logue explained.

“It‘s Not Fun Living With Obesity”

Al-Abdullah presented data for 1658 patients with type 2 diabetes who were referred to the GCWMS. Of those, 20% (333) had a successful short-term outcome, defined as losing at least 5% of their body weight by 16 weeks and attending seven of nine weight management sessions. The other 1325 patients didn’t lose the weight and/or dropped out.

Of those who lost 0.5% in the first three sessions, held over 4 weeks, 90.4% had a successful short-term outcome, with an odds ratio of 0.35 (P < .001). No other factor studied, including age, sex, socioeconomic status, ethnicity, diabetes medication, or A1c, was associated with short-term success.

And a higher early weight loss of at least 2.5% in the first month increased the specificity to 89.5% while “still maintaining some sensitivity” of 51.4%, Al-Abdullah noted.

Logue told Medscape Medical News: “It’s not fun living with obesity. It’s a horrible stigmatized disease and [people who have it] are treated appallingly even by healthcare professionals. I think people think that they’re doing duty by referring to these programs and it’s great that we have them…but we may be making things worse if we’re setting them up to fail.”

“That doesn’t mean don’t send them at all, but we’re seeing there’s an answer here. You can intervene. It’s not just about changing diet. There are other factors that affect it. Not everything works for every person, and we need to get it right for them.”

Logue has reported consulting for Novo Nordisk and will be an employee of AstraZeneca as of September 19. Rothberg is medical director for a start-up called Rewind “whose mission is to defeat type 2 diabetes by lifestyle.“

Miriam E. Tucker is a freelance journalist based in the Washington, DC, area. She is a regular contributor to Medscape, with other work appearing in The Washington Post, NPR’s Shots blog, and Diabetes Forecast magazine. She is on Twitter: @MiriamETucker.