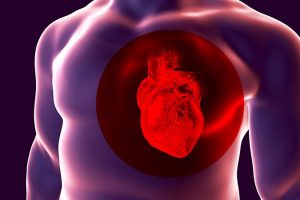 WASHINGTON – Treatment of patients acutely hospitalized for heart failure with the SGLT2 inhibitor empagliflozin led to a rapid incremental increase in patient well-being, compared with control patients who received placebo, that appeared after 2 weeks on treatment in a secondary analysis from 530 randomized patients in the EMPULSE trial.

To Mikhail N. Kosiborod, MD, a coinvestigator for EMPULSEwho presented new analysis at the annual scientific sessions of the American College of Cardiology, the message from the quick response of acutely hospitalized patients to empagliflozin was clear: “Use these medications, SGLT2 [sodium-glucose cotransporter 2] inhibitors, as early as possible. We’ve seen with other medications that if they are not prescribed during hospitalization it’s unlikely to happen post discharge,” said Kosiborod, a cardiologist and codirector of the Haverty Cardiometabolic Center of Excellence at Saint Luke’s Mid America Heart Institute in Kansas City, Mo.

“To our knowledge, the very early improvement in the Kansas City Cardiomyopathy Questionnaire [KCCQ] score – a well-known predictor of cardiovascular death and heart failure readmissions – that we observed with empagliflozin at 15 days is the first such observation, and if corroborated by future studies would suggest that initiation of SGLT2 inhibitors during hospitalization for acute heart failure may be a tool for improving the quality of hospital-to-home transitions,” wrote Kosiborod and his associates in the published version of their report that appeared concurrently with his report at the meeting.

“These data really support initiation [of empagliflozin or another SGLT2 inhibitor] in hospital, presuming that the patient has no contraindications,” commented Deepak L. Bhatt, MD, professor of medicine at Harvard Medical School in Boston and designated discussant for the report.

“The fact that the benefit kicks in so early is really important, because there is a bit of a penalty to wait” to start treatment with an agent from the SGLT2-inhibitor class, added Bhatt, who is also executive director of interventional cardiovascular programs at Brigham and Women’s Health, in Boston.

In hospital creates a teachable moment

Starting treatment when a patient is hospitalized is also important as “a teachable moment,” added Bhatt in an interview. “A physician can say to a patient ‘take this drug, and it will prevent you from returning to the hospital,’ at a time when it’s more likely to be impactful, compared with when a patient is out of the hospital and feeling okay and adherence will likely be much lower.”

The results Kosiborod reported on quality-of-life parameters measured with the KCCQexpanded on what he and his coinvestigators first reported in 2021 with the primary results from EMPULSE, which enrolled 530 patients at 118 centers in 15 countries during June 2020–February 2021. The trial randomized patients hospitalized for acute heart failure after a brief period of stabilization regardless of their left ventricular ejection fraction or presence of diabetes to receive a single, daily dose of 10 mg of empagliflozin (Jardiance) or placebo starting a median of 3 days after admission. Enrolled patients averaged about 71 years of age, about two-thirds were men, 45% had diabetes, 32% had left ventricular ejection fraction greater than 40%, and about two-thirds had decompensated chronic heart failure, while a third had acute de novo heart failure.

The primary outcome for EMPULSE was a combined endpoint of “total clinical endpoints” that included all-cause mortality, heart failure events (heart failure hospitalizations, urgent heart failure visits, and unplanned outpatient heart failure visits) or at least a 5-point change from baseline in the KCCQ score. Using a “win ratio” method for analyzing the composite endpoint, the primary analysis showed that treatment with empagliflozin for 90 days boosted the win ratio by a significant 36% relative to placebo (Nature Med. 2022 Mar;28[3]: 568-74).

Among the new secondary analyses that Kosiborod reported was a post-hoc calculation that divided the study cohort into tertiles of baseline KCCQ score. The results showed that the degree of improvement for the primary, 90-day outcome of “total clinical benefit” compared with placebo was consistent across all three KCCQ-score tertiles, showing that empagliflozin’s benefit was “independent of symptomatic impairment at baseline,” he said.

The degree of improvement was also similar across all the tested domains of the KCCQ, including the overall summary, clinical summary, the physical limitations, and quality-of-life scores. Average improvement in KCCQ total symptom score 15 days after treatment onset was 5.35 points, compared with control patients. On an individual-patient basis, a change in KCCQ score of 5 points or more was previously shown to represent a clinically meaningful change.

“Treatment of patients with heart failure is geared to making patients live longer and stay out of the hospital. Enabling patients to feel better is an equally important goal of management, but not all treatments for heart failure can do that. These data from EMPULSE show that, in addition to other clinical benefits, patients also feel better on an SGLT2 inhibitor after just 2 weeks,” Kosiborod said in an interview.

EMPULSE is the second trial to show that an SGLT2 inhibitor can safely and effectively treat patients hospitalized for acute heart failure. Previously, results from the SOLOIST-WHFpivotal trial, which enrolled 1,222 patients with type 2 diabetes recently hospitalized for worsening heart failure, showed that treatment with an investigational, combined SGLT2 and SGLT1 inhibitor, sotagliflozin, resulted in a significant, 33% relative reduction in the primary outcome compared with placebo after a median 9 months of treatment.

“It’s reassuring to see two different drugs and research groups get essentially the same result, showing that starting an SGLT2 inhibitor is safe and effective in selected patients with no contraindications,” said Bhatt, who was lead investigator for SOLOIST-WHF.

The accumulating evidence for the safety and value of starting an SGLT2 inhibitor when patients are hospitalized for acute heart failure is making this approach increasingly routine for patients who present with heart failure with reduced ejection fraction at Saint Luke’s-Mid America Heart Institute, said Kosiborod, who is also a professor of medicine at the University of Missouri, Kansas City.

“I think we’ll also gradually start using [an SGLT2 inhibitor] in patients hospitalized with heart failure with preserved ejection fraction [HFpEF],” he added, based on the findings from SOLOIST-WHF and EMPULSE, and also recent evidence showing safety and efficacy of empagliflozin in patients with chronic HFpEF in the EMPEROR-Preserved trial, and for dapagliflozin (Farxiga) in the PRESERVED-HF trial.

Empagliflozin recently received from the U.S. Food and Drug Administration an expanded label indication for treating patients with heart failure with no specification for a level of left ventricular ejection fraction. An outcome trial of dapagliflozin in more than 6,000 patients with HFpEF, DELIVER, is currently ongoing but is expected to report results soon.

“The evidence is already compelling that the benefits outweigh the risk. Results from both SOLOIST-WHF and EMPULSE show that there are no significant safety concerns” when these agents are used in patients with acute heart failure,” Kosiborod declared.

This story originally appeared on MDedge.com, part of the Medscape Professional Network.