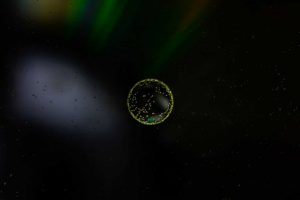 If genetics is interested in gene sequencing, epigenetics studies how genes are going to be used, or not used, by a cell. The epigenome of a cell represents the set of chemical modifications of the DNA or associated proteins that will determine the expression of the genes and thus the cell’s identity. This information, which is central from the development of the embryo onwards, leads to changes in how our genes are expressed without affecting their sequence. By modifying its epigenome, the cell can adapt quickly to its environment. Genetics and epigenetics work together to enable cells to perform their function.

Scientists have found that epigenomic marks “lock” the expression of these genes in the absence of treatment, and that this lock jumps under chemotherapy in rare cells. If this lock is prevented from jumping, all cancer cells remain sensitive to treatment. Scientists have demonstrated this by using chemical compounds called epi-drugs on animal models of breast cancer that inhibit the removal of epigenetic marks. These molecules still need to be adapted for human use.

These results clearly demonstrate the epigenome’s involvement in resistance to cancer treatment. The scientists are now actively seeking how to apply this concept to humans from a therapeutic perspective. If future clinical trials are convincing, scientists imagine that these epi-treatments could be used in conjunction with chemotherapies to prolong their effectiveness in patients.