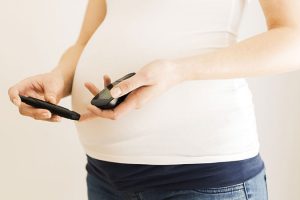 Researchers, led by Kymberleigh A. Pagel, PhD, with the department of computer science, Indiana University, Bloomington, concluded that physical activity early in pregnancy is associated with reduced risk of gestational diabetes and may help women who are at high risk because of genetic predisposition, age, family history of diabetes, and body mass index.

The researchers included 3,533 women in the analysis (average age, 28.6 years) which was a subcohort of a larger study. They found that physical activity’s association with lower gestational diabetes risk “was particularly significant in individuals who were genetically predisposed to diabetes through PRS or family history,” the authors wrote.

Those with high PRS and moderate to high activity levels in early pregnancy (metabolic equivalents of task [METs] of at least 450) had gestational diabetes risk similar to that of the general population, according to the researchers.

The findings were published in JAMA Network Open.

Maisa Feghali, MD, a maternal-fetal specialist at the University of Pittsburgh Medical Center, who was not part of the study, said in an interview she found the link of physical activity and compensation for high predisposition to gestational diabetes most interesting.

“That’s interesting because a lot of studies that have looked at prevention of gestational diabetes either through limited weight gain or through some form of counseling on physical activity have not really shown any benefit,” she noted. “It might just be it’s not just one size fits all and it may be that physical activity is mostly beneficial in those with a high predisposition.”

Research in this area is particularly important as 7% of pregnancies in the United States each year are affected by gestational diabetes and the risk for developing type 2 diabetes “has doubled in the past decade among patients with GD [gestational diabetes],” the authors wrote.

Researchers looked at risks for gestational diabetes in high-risk subgroups, including women who had a body mass index of more than 25 kg/m2 or were at least 35 years old. In that group, women who were either in the in the top 25th percentile for PRS or had low physical activity (METs less than 450) had from 25% to 75% greater risk of developing gestational diabetes.

The findings are consistent with previous research and suggest exercise interventions may be important in improving pregnancy outcomes, the authors wrote.

Christina Han, MD, division director for maternal-fetal medicine at University of California, Los Angeles, who was not part of the study, pointed out several limitations of the study, however.

One of the biggest limitations, she said, was that “they excluded two-thirds of the original study. Essentially, they took only Caucasian [White] patients, which is about one-third of the study.” Additionally, the cohort was made up of people who had never had babies.

“Lots of our gestational diabetes patients are not first-time moms, so this makes the generalizability of the study very limited,” Han said.

She added that none of the sites where the study was conducted were in the South or Northwest, which also adds questions about generalizability.